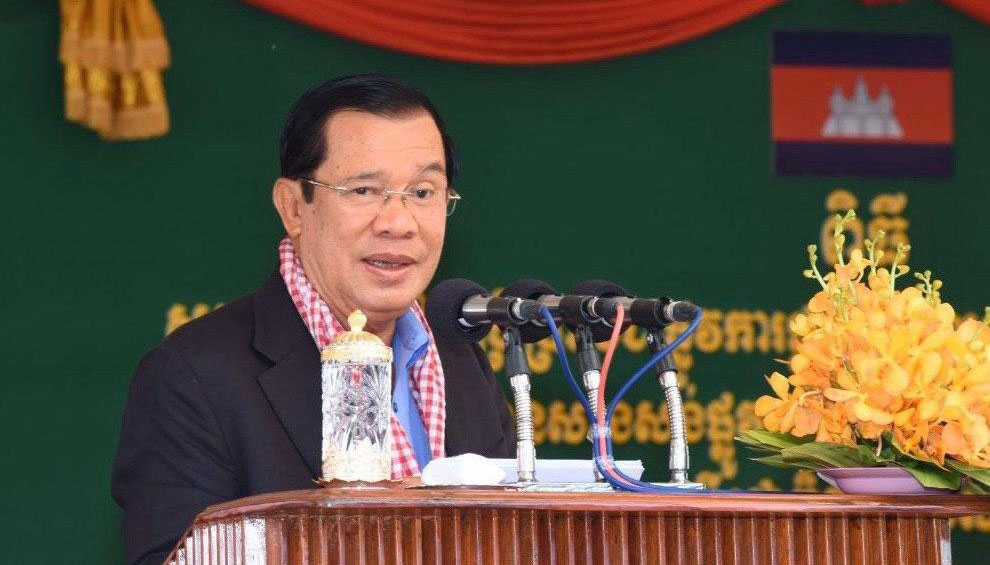 Cambodia's Prime Minister Hun Sen has said that the Chinese government has decided to send seven ships to supply raw material to Cambodian factories, which are due to arrive at Sihanoukville port today.

Prime Minister Samdech Akka Moha Sena Padei Techo Hun Sen, Prime Minister of the Kingdom of Cambodia, at the inauguration of National Road 55 in Pursat province this morning. The factory supplies today begin with the first leg and the second leg. Five of these were docked at the port of Kampong Som and two were in Ho Chi Minh City.

He added that the SEZ in Svay Rieng from Ho Chi Minh City is closer than it is from Kompong Som. China says the ships will ship not only this March, but until May and the situation is safe.

Regarding the suspension of some factories, Samdech Techo also called on the owners of enterprises 1: Do not allow factory owners to take time off or cancel work cancellations . 2. Ask for a microfinance or interest-free loan for suspended workers (deferred or unpaid interest) during suspension. Third, ask the owner of the house or the landlord who sells the house to a hotel or hotel worker and is suspended from the job. Do not defraud at any time. Because when the interest is not paid, they will be evicted.

In that occasion, Samdech also asked for electricity as well as the PPWSA, which is very understanding of those who are suspended from work because they do not use much.
At the same time, Samdech Techo claimed that the number of workers who will be suspended is less than two workers. Of these, 50% may be in debt to the bank for taking out a home loan and doing so. By: Samnang