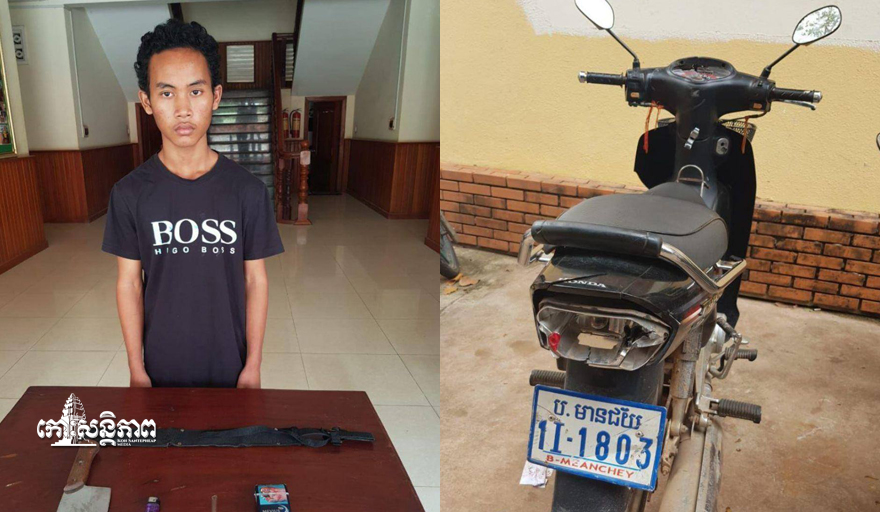 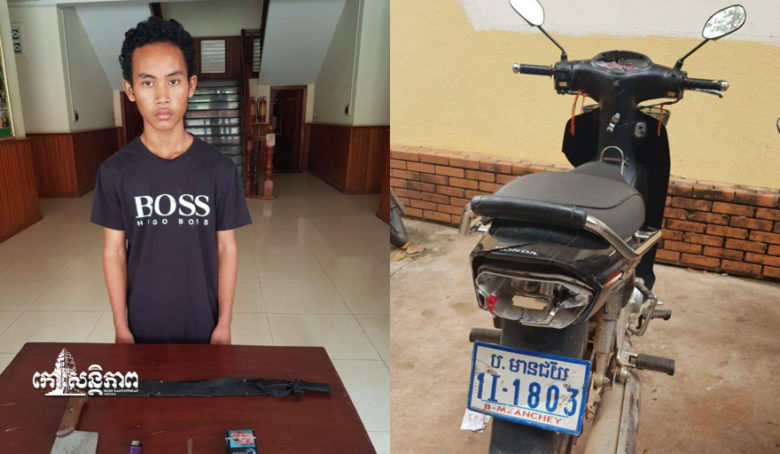 Siem Reap province: A victim of police accidentally told police that he dumped his motorbike was kidnapped by five hijackers. The remaining one was detained by Provincial Gendarmerie and brought to provincial police headquarters to prepare a case Submit to provincial court for legal action. A surprising incident like the Hong Kong drama in the middle of Siem Reap occurred at 2 pm on 14 June 2020. Point along Komay Road, following Kantha Bopha Hospital in Sala Kanseng Village, Sangkat Svay Dangkum, City / Siem Reap Province.

According to a source from the provincial military police, a group of five hippies were cutting the victim's motorcycle Chamroeun, Male, 23, Occupation, Hotel Personnel, Trang Village, Sla Kram Commune / Siem Reap Province. Prior to the incident, the victim saw a group of five suspects riding a motorcycle in front of the Caro Hotel. The victim was armed with a knife and a samurai sword in Sala Kanseng Village, Sangkat Svay Dangkum, town / Siem Reap province, and the victim reported to the police.


The victim was riding in a motorbike, while the suspect looked at him, then knocked him off. The suspects then fled on motorbikes, and the victims pulled out swords and knives. Victory of a black Honda motorcycle wearing Banteay Meanchey license plate 1.I.1803 only caused damage to the capacitor , Left sleeve, and rear strap.

The source said that one of the suspects arrested by the Provincial Gendarmerie, 1 in 5, was male. Occupation at home Living in Slor Village, Sangkat Slor Kram, Siem Reap / Siem Reap Province. The four factions were on a motorbike to escape. One in five suspects were arrested, including a knife, a lion, and a pair of shields. 1. Some drugs. The suspects and exhibits are now being prepared to submit cases to provincial courts for further legal action. Photograph: supplied