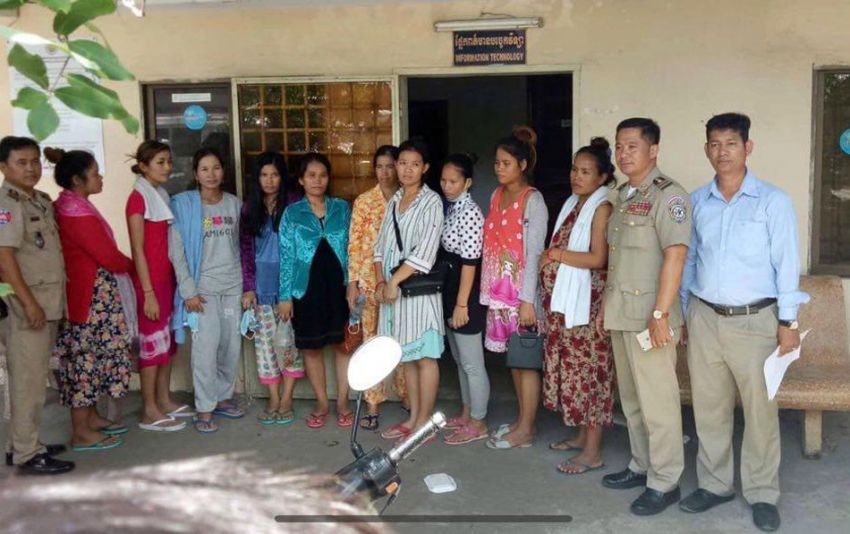 The hearing was made up of three judges comprising Judge Seilina, the President of the Trial Chamber, and Ms. Keo Sokunthea As the prosecution representative.

Speaking to the courtroom judge, Ms. Sophea, a 33-year-old garment worker, said she had been instructed by a woman to work together. There is a need for Cambodian women to have surrogacy for $ 10,000.

Then he was approached by a woman who wanted to rent it at the Borey Phnom Penh in Sangkat Chrang Cham I, Khan Russey Keo, Phnom Penh.

When he arrived, he found a woman named Thai Phanna, the wife of a Chinese boss, and they let her do the work. He promised that he would receive $ 10,000 from surrogacy in the womb.

But deduct $ 1,000 to a mentor and get another $ 300 a month. After the contract, he was taken for a medical examination and the doctor injected the sperm into him. He was ordered to stay in the Phnom Penh City Hall with 7-8 other women who were treated for the infusion The same surrogate.

Sopha told the judge that when he was eight months pregnant, he was arrested by anti-trafficking police in Phnom Penh along with some Cambodian women. More from June 2018.

But he was released on bail until the birth of a son, who is now more than one year old. Years ago Sopha said she has a husband and two sons. But she divorced her husband before the surrogacy and said the reason for doing so was too poor.

“Although the baby is not from my husband's sperm, I love my baby more than the baby,” she said. My own. If they demand it, I won't give it.

Yin Lin, 34, told the judge that she had never had a child and had been advised Meet Thai Phanna at home in Phnom Penh. When she arrived, Thai Phanna told her that after seven days of injection, they paid $ 500, even though Either the sperm is in the womb or not. But three days later, he was arrested, but the court allowed him to be released on bail until his son was born 11 months old.

The woman says that even though he is out of prison, it must be obeyed.

Similarly, another woman named Ree told the judge that she had also been advised to go to the same Phnom Penh location. By going to the second house to work for the surrogate.

The woman confirmed that she had a husband, but this was not reported to her as she also had a daughter The husband knows, but he does not blame.

Rei said after about seven months of pregnancy, she was arrested but has been released from court. She later gave birth to a son who is now 1 year and 5 months old, and her husband very much loves him .

"I do not know the nationality of my parents, nor the parents of my son," she said . But I want to live with my child for the rest of my life. ”

Separately, Phal Phalla and Houn Dannet all have one son while they also have their own husband. They also told the judge that they were just as well as a surrogate who had been advised to go home Each. But when they were only eight months pregnant, authorities also detained them.

In connection with the court summoning the surrogate women, the judge announced a later trial while the 33 women were acquitted. Inquiry into allegations of human trafficking for transit under Article 16 of the Trafficking in Persons and Sexual Exploitation Act.

According to the Phnom Penh Anti-Human Trafficking Police, 33 female surrogates were arrested on 21 April June 2018 at # 9A and # 2A in Sangkat Chrang Chamre 1, Khan Russey Keo, Phnom Penh.