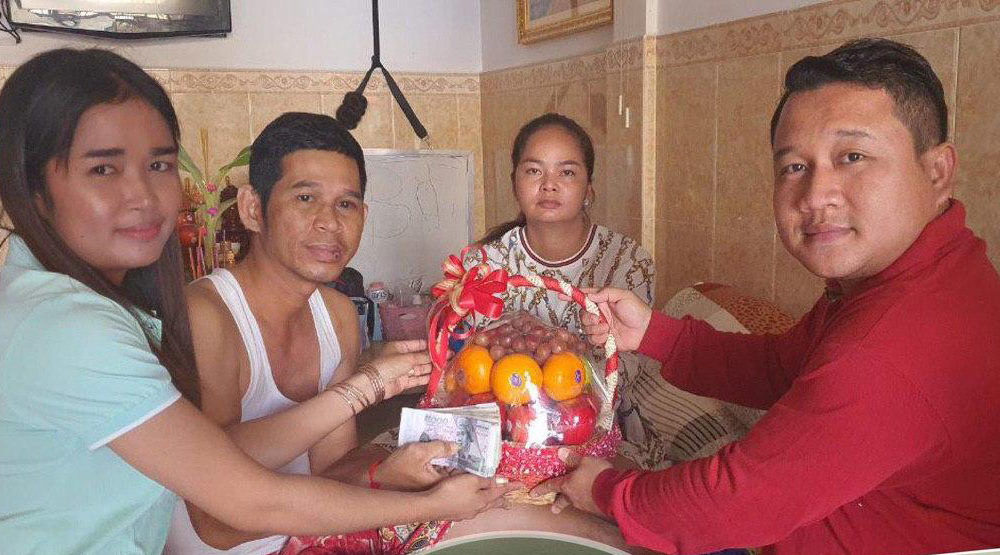 Mr. Yi Piseth and his wife, Sarom Puthi, and members of the Natural Beauty Distribution Branch, Pochentong Branch, January 17, 2020
The gifts were taken directly from members' contributions to a police officer who was injured in a car accident after carrying out a bag robbery.

After seeing a Facebook post calling for charity to seek help, he and his wife were desperately seeking an announcement to raise money and raise 800,000 riel, just to ease the burden on officials, he said. The police suffered some.

At the same time, she also appealed to other charities, as her condition has not improved and encouraged the authorities to take extra precautions during the event. Offense of offense.