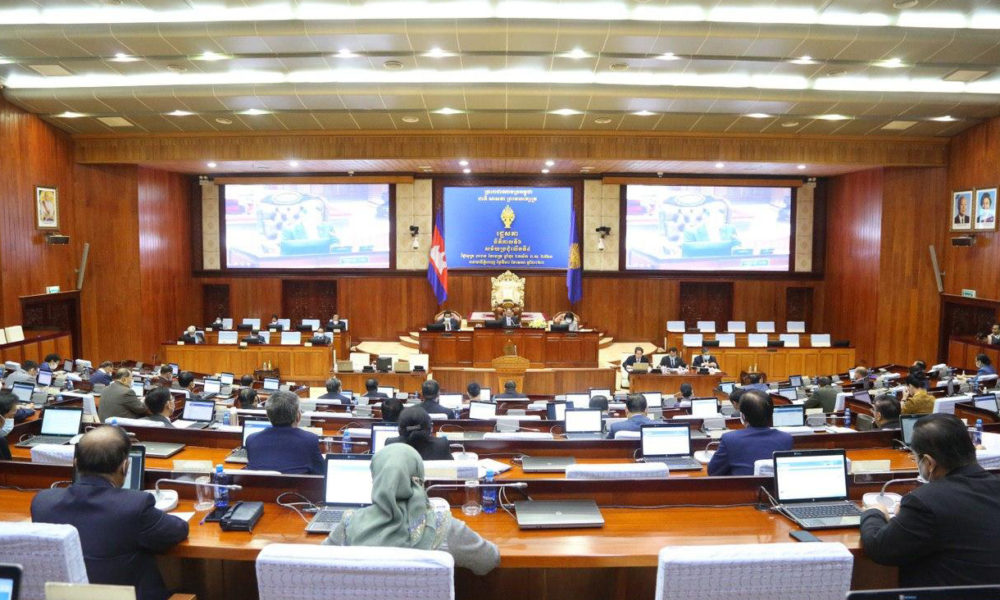 Finally, the National Assembly convened its plenary session to approve the draft National Law on Emergency Management by 115 of the entire assembly.

Pen Panha, chairman of the Judiciary and Justice Committee, said that the draft law on the state of emergency contained 12 articles and five chapters and that the draft was a meeting with members of the Commission of the Law Council. At the National Assembly and with the Minister of Justice.

He added that the draft law was drafted in accordance with the Constitution and regulations of the National Assembly.

According to the new Article 22, the decision to put the nation in a state of emergency is made when the nation is at risk of danger from war or invasion by foreign forces, a public health emergency. Caused by disease outbreaks, chaos, national security and public order, and accidents Serious disasters that could threaten or endanger spread nationwide level.

But Article 22, as well as other articles of the Constitution, do not mention national control measures, which, after being declared a state of emergency, are indispensable in determining the authority of the government in The introduction of the necessary measures to respond to emergency situations in the circumstances described above after the country Nationals were declared emergency.

He added that the bill would provide legal basis to ensure the implementation of Article 22 of the new constitution and a legal basis for determining the authority of the government to impose measures that are barred or restricted. It is the people's right to liberty, but this measure is indispensable to the situation The state of emergency refers to national security and public order, the preservation of life and health of the people, and the protection of property and the environment.

He said that through the study of countries in the world, the country is indispensable to have emergency laws.

He added that the draft law also states that measures taken when a nation is in a state of emergency when it can be rolled out for a specific country or territory.

Where necessary, the Royal Government may establish mechanisms or delegate authority to any competent authority or use the armed forces to ensure the implementation of the above measures. In times of war or in other circumstances where national security is in serious danger, the administration of a state of emergency can be done under martial law.