The Ministry of Labor issues several letters regarding labor progress 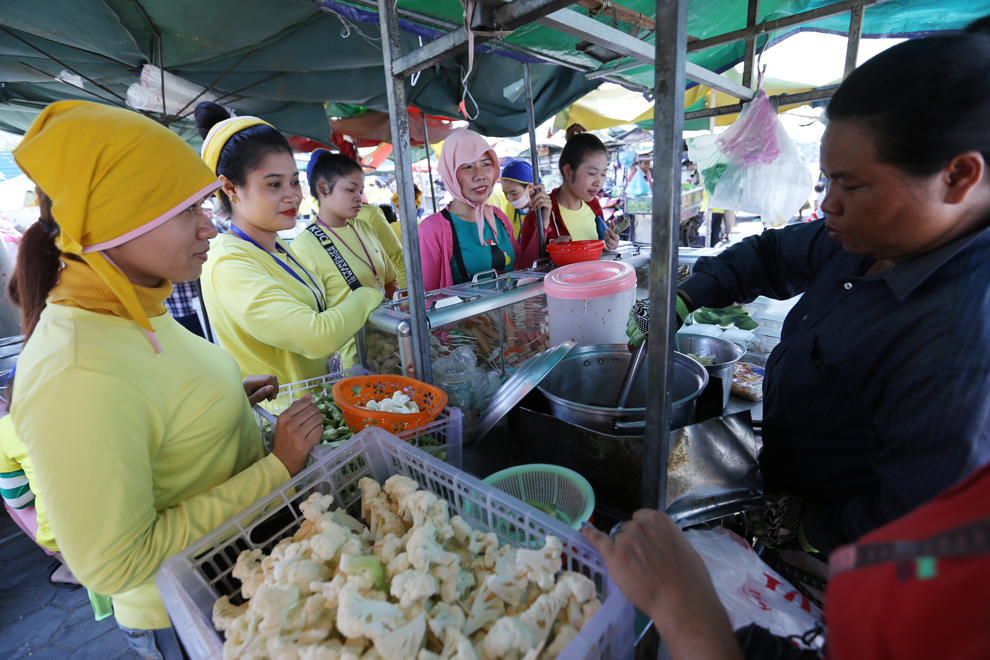 The Ministry of Labor issues several letters regarding labor progress


Photograph: Pha Lina / Phnom Penh Post The Ministry of Labor and Vocational Training issued a letter to employers to remind them of the implementation of the Labor Law How to charge seniority as well, but a Labor Ministry spokesman claimed the letters were reports of work progress Agreed in the past .

The letter, dated February 21, to the President of the Federation of Employers and the Cambodian Business Association, is different in some ways Recommended in relation to work inspection on annual leave calculation in proportion to the use of integrated infirmary and health facilities The infirmary Enterprises and establishments.

In addition, these letters also suggest keeping the Labor Inspector's Professional Secrets and Labor Inspection on how to charge seniority to Full-time workers who have completed work, including instructions on how to calculate seniority, to determine the period of notice before the employer applies Ex A labor contract in the event that a fixed-term employment contract (FDC) becomes an indefinite period of employment (UDC).

Heng Sour, spokesman for the Ministry of Labor, told the Post yesterday that the release of the documents was a reminder to members It was agreed last year to allow all working groups to report on their progress.

“It was the document that we agreed to at the 8th Working Group Meeting on 23 August 2019. We are due to report on the progress of the 8th Task Force on February 26th. The government has a forum with the private sector that has been in the works for 12 years, and the sector involved in this work is called a group Job # 8. On the 1st of April, he will meet with the Private Sector Working Group for Progress of the 8th Task Force to meet and release » .

Pav Sina, president of the Collective Union of Movement of Workers, said that some of these letters are relevant to what is in the labor law, but most employers do Participated in activities such as organizing a nursery for workers. The letter, he says, is a reminder to employers that they must be consistent in what they put out.

“Like the inspections of those institutions, if they are found to be not doing what they are ordered to do, There will be penalties for those employers. “In fact, it is a reminder to employers that they must comply properly with the provisions of the law.”

Kaing Monika, deputy secretary-general of the Garment Manufacturers Association in Cambodia (GMAC), could not be reached for comment yesterday.

But Nang Sothy, who represents the employer, said at the eighth working group meeting yesterday that the government was always on hold With employers and workers, and will provide assistance to both parties.

He also thanked Minister Ith Sam Heng for his excellent leadership and professionalism, the 8th Task Force for the sector. Privately, there are many concerns and challenges. According to the Ministry of Labor's Facebook page yesterday.

The Facebook page also said that the 8th Task Force Meeting yesterday was aimed at responding to and resolving Concerns and challenges of the private sector in the light of Prime Minister Hun Sen's recent recommendations.

According to the Facebook page, as of March 14, 2019, the ministry has been working to resolve the request. Many of the private sector, such as holding a tripartite consultative workshop on "amendments to the Labor Law" and issued announcements, Many instructions in the sense This sector has grown.