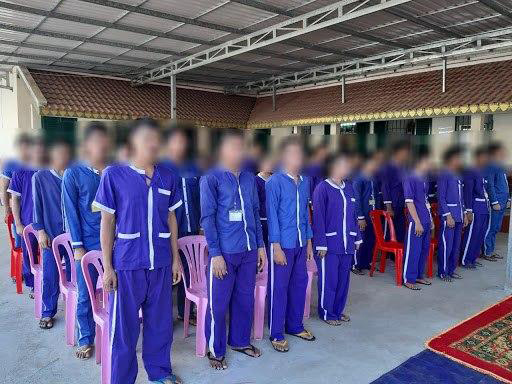 Kim Peace, spokesman of the Ministry of Justice, said that the ministry had decided to grant the King a royal pardon for 155 prisoners out of a total of 399 prisoners who had recently sought forgiveness.

Kim Peace wrote on social media on March 27 that the meeting of the National Committee for the Review of the amnesty and amnesty for prisoners during the upcoming Khmer New Year 2020 Request for apology for a total of 399 prisoners (43 women) as a result of the meeting Government to review and decide whether to approach the King worship the Most High to grant pardon to the prisoners, a total of 155 people (including 18 girls), of which:
~ 45 months probation (10 female)
~ Sentencing for 9 months to 35 (1 female)
~ 48 months prison sentence (48 female)
~ 27 pardons (3 women)