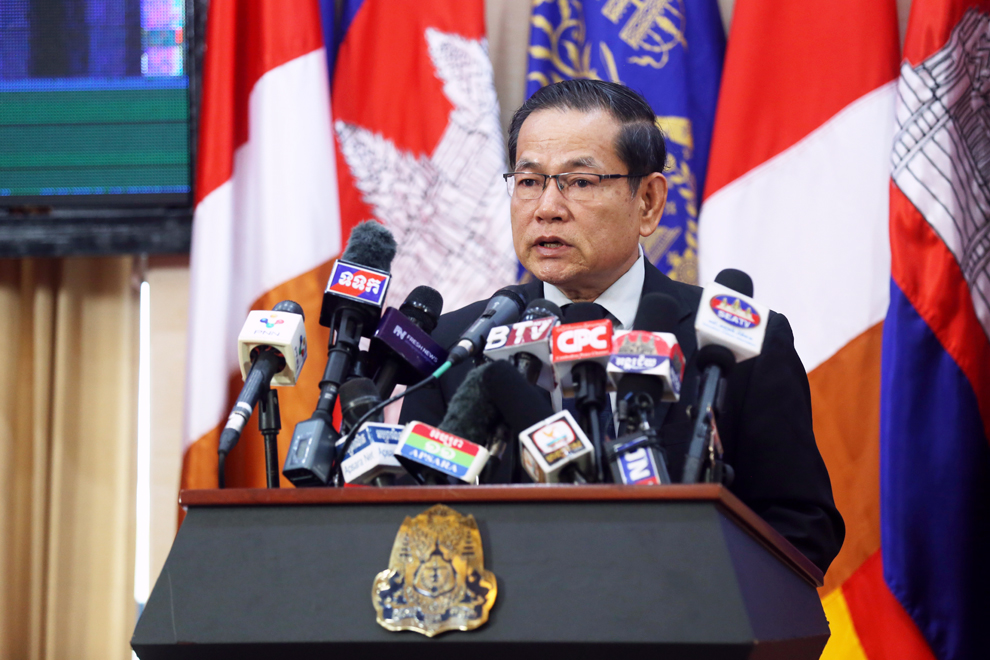 Neth Pheaktra said: “Last week in Cambodia, we had a problem: the air quality in the country was down because of Only the inertia concentration (PM2.5) increased. But in the past week or so, we have seen and our air quality in Cambodia has returned The improvement in air quality in our country lies in the standard that indicates that air quality is no longer good. There is a problem. ”

Heng Nareth, director-general of the Ministry of Environment's environmental protection department, also spoke at the conference yesterday, highlighting the source of the problem. Air pollution is a result of emissions from factory and gas emissions from diesel and gasoline-powered vehicles. Along with other fuels A burning of oil, burning coal, burning fire, burning land, burning fields, burning garbage Also contributes to air pollution.

The parameters of air pollution are categorized into PM 2.5 and PM 10, and carbon dioxide gas, he said. Nitric oxide, etc.

“Most of what happened in the past week has been in the form of PM 2.5 and PM 10 concentrations,” he said. "The source of the pollution, which is a gas type, is not rising."

“In the years that followed, we were equipped with additional equipment to make the air monitoring more accurate. We have already installed 31 air conditioners nationwide and we will be ready to order An additional PM 2.5 as well as 15 PM PMs will be added to the provinces.

According to Nareth, the Ministry of Environment has been continuously monitoring air quality issues through monitoring equipment installed in the capital city and province. This monitor will present the most accurate data, providing half-hourly data on wind issues.

“We do this on a 24-to-24-hour basis without having to go and retrieve data In the province, we can get data from specialist officials from the provinces online. "We can know at any time the air quality."