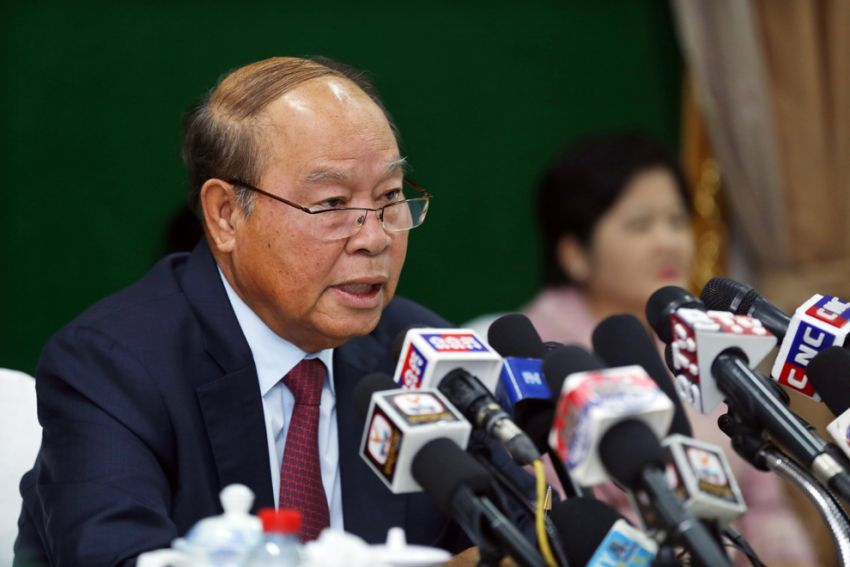 
Phnom Penh: The Ministry of Education, Youth and Sports on March 14 announced the temporary closure of all public and private schools in Phnom Penh and Siem Reap to be implemented as a form of emergency prevention after Cambodia. The case of the Kovir virus 19 has continued.

The Ministry of Education states that all public and private educational institutions must start a small vacation before the start of the school year. During a small vacation, parents are encouraged to do their own home-schooling and to avoid areas where there is a high risk of infection, such as public swimming pools, gyms, playgrounds and more.

At the same time, the Cambodian government has decided to impose temporary ban on foreign travelers from five countries and has banned all foreign tourists from entering the country.

The Ministry of Health's statement on March 14 states that the ministry has issued a ban on foreigners from Italy, Germany, Spain, France and the United States within 30 days of the measure going into effect. March 17.

The Ministry of Public Works and Transport also decided to suspend all passenger or tourist vessels entering Cambodia from the 13th until a new decision, including the closure of the causeway with Vietnam.

A spokeswoman for the Ministry of Health confirmed that all three Britons on the Viking Cruise Journey had been taken from Kompong Cham Hospital for treatment at the Khmer-Soviet Friendship Hospital in Phnom Penh. From the British Embassy in Cambodia.

She added that Canadians were working at the CIS branch school in Koh Pich and tested positive for the HIV virus 19 after returning from Thailand on March 9. The foreigner was allowed to stay in the home on request for custody of his two children. The Belgian is an employee of the International Organization for Health, which asked the Ministry of Health not to release the name after he returned from Europe.

“Because he (Canadian) has no one to take care of his children because his wife is overseas and there is no housekeeper. He made a solemn request to isolate himself in the single-family home, which was a separate and distant one.

She said ministry officials are working to directly and indirectly contact Canadians and Belgian nationals while CIS schools have been closed and teachers and students have been advised to monitor the health for 14 days.

On Saturday afternoon, the Health Ministry announced that the two Canadian children were negatively tested with Kov 19.

Since February, Cambodia has identified seven cases of HIV infection: one Chinese, one Cambodian, one Siem Reap, three British, one Canadian and one Belgian. In addition, 19 people affected by the infection were infected while 61 others on the Viking Cruise Journey were quarantined in a hotel in Kompong Cham.