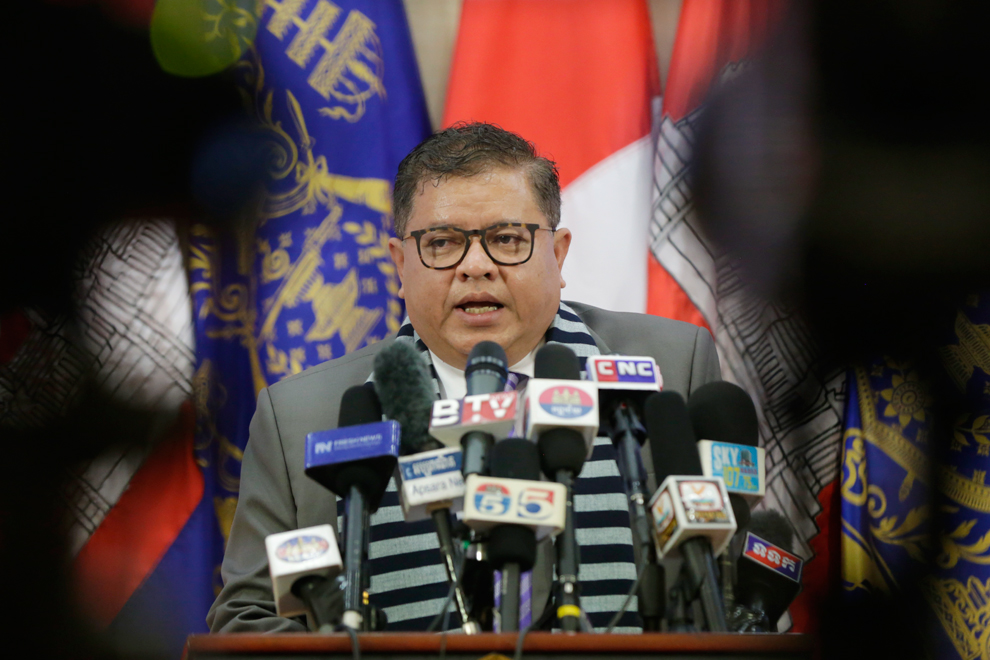 
Photograph: Pha Lina / Phnom Penh Post Ministry of Culture and Fine Arts said that in 2019, the ministry also cracked down on 18 cases of land grabbing, while Archaeological sites, cemeteries, temples, monasteries and 6,617 ancient irrigation systems throughout the country are listed for preservation.

Voeun Vuthy, director of the Department of Archeological Archeology at the Ministry of Culture and Fine Arts, confirmed that land grabbing in 18 archeological sites has been The crackdown is in six provinces and most cases are in Phnom Penh, Kandal, Stung Treng and Prey Veng.

“What the Ministry of Culture has blocked is that we stand on the policy of the government, which is not too rigid and Relative to the abuser. In that case, the Ministry has appealed to the court in five major cases: one in Kandal province, three cases in Kampong Speu and one case. One case of Kampong Chhnang, ”he said.

He added that there are 6,617 archaeological sites registered and are under conservation, based on four principles: the ancient residence in Prehistoric or Funanian period, with temples in the pre-Angkorian period and ancient pre-Angkorian temples, or later post-Angkorian temples and historical structures. In the French period These preserving historic structures that occurred post-Franco.

The statement was made at yesterday's press conference on the "Ministry of Culture's ongoing work direction" organized by your organization. Government spokesman.

Secretary of State for the Ministry of Culture and Culture of the Kingdom of Long Long Sina said that violations of the ancient land, or called these cultural sites, In some cases it is not known as a cultural area while others are because of desire.

He added that cultural sites that are listed as heritage sites are also being breached and that cultural sites are very challenging. Abuse is in the developing world. He also spoke about the impact on Cambodian culture. He said the ministry had difficulty in suppressing some of the songs depicting pornography, affecting customs and traditions, including its dignity. Social.

“The law in the Constitution, the civil law and the criminal law is that the heritage land must be state property. Then we can't make it private. ”

Apsara Authority spokeswoman Long Kosal said the Apsara Authority is now improving parts of the Angkor area to do more. However, this historical site is more attractive to the national and international tourists.