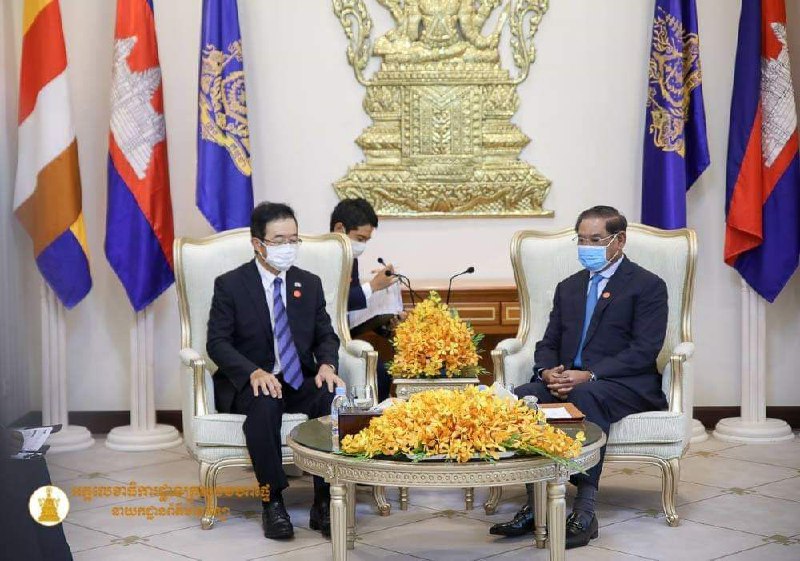 
Phnom Penh: Wednesday afternoon, 24th of June 2020, at the Royal Palace Deputy Prime Minister HE Sar Kheng (L), Japanese Ambassador to Cambodia, and HE Mr. MIKAMI Masahiro, Ambassador of Japan to Cambodia Courtesy call and discussion at Ministry of Interior.

According to His Excellency Lieutenant General Phat Sophanit, Deputy Spokesperson of the Ministry of Interior, he said he would like to thank His Excellency Meakimasa. HE Mr. (MIKAMI Masahiro), Ambassador of Japan to the Kingdom of Cambodia, who actively contributes in his diplomatic mission by bringing Contribution to the fight against the disease 19, which is the contribution of the Japanese Government and the people of Japan to the people and the Royal Government The Government of Cambodia. Despite the fact that Japan is experiencing the same problem, this has proved to be a priceless gesture and spirit. Has been a Japanese friend.

The Deputy Prime Minister said that the Royal Government of Cambodia had taken care of the prevention and control of the disease 19 Taking into account the economic recovery by taking concrete measures in the morning of June 24, 2020, Prime Minister Samdech Akka Moha Sena Padei Techo Hun Sen The Kingdom of Cambodia has announced the implementation of a cash subsidy policy for poor and vulnerable families during the fight against polio This V-19 too.


He also told that the Royal Government of Cambodia did not wait for the disease to end, but that it was for the economy. Simultaneously recovering the economy. Obviously, there are a lot of big jobs and projects going on, such as the development of infrastructure, roads, and so on No interruptions.

Deputy Governor-General added that, in connection with work under the authority of the Ministry of Interior, Samdech Krom said to the unit. To continue the cooperation in accordance with the Royal Government's guidelines for facilitating the travel of embassy officials in the Kingdom Cambodia makes sure that either the arrival or the return trip is smooth.

The Deputy Prime Minister also said that Japan appreciated the Royal Government of Cambodia's measures The Japanese Ambassador also thanked the Ministry of Interior, especially Sam Krom Krom, for their efforts in addressing the issue and Other Embassy requests in the context of Kovir 19, such as visa issues of Japanese nationals living in Cambodia An important contribution to improve the lives of Japanese people in Cambodia, and is a sign of cooperation. Good cooperation between the two governments as well. 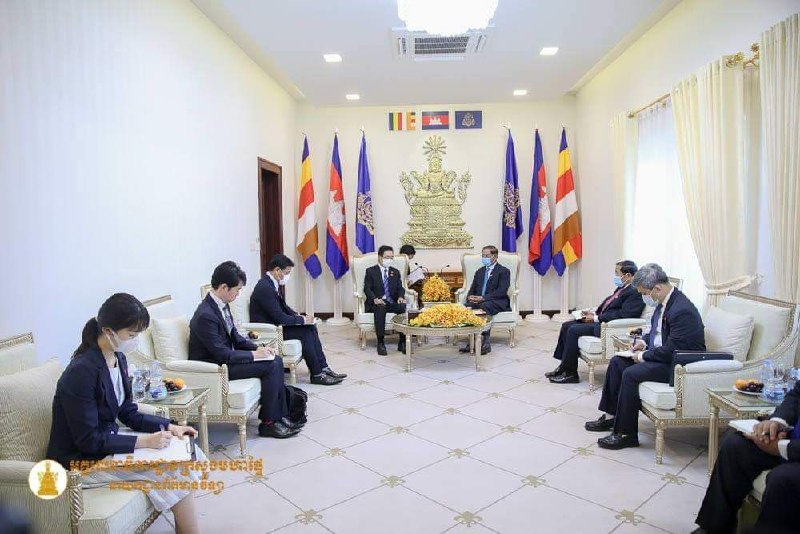