The government does not allow people to live without food, there is speculation 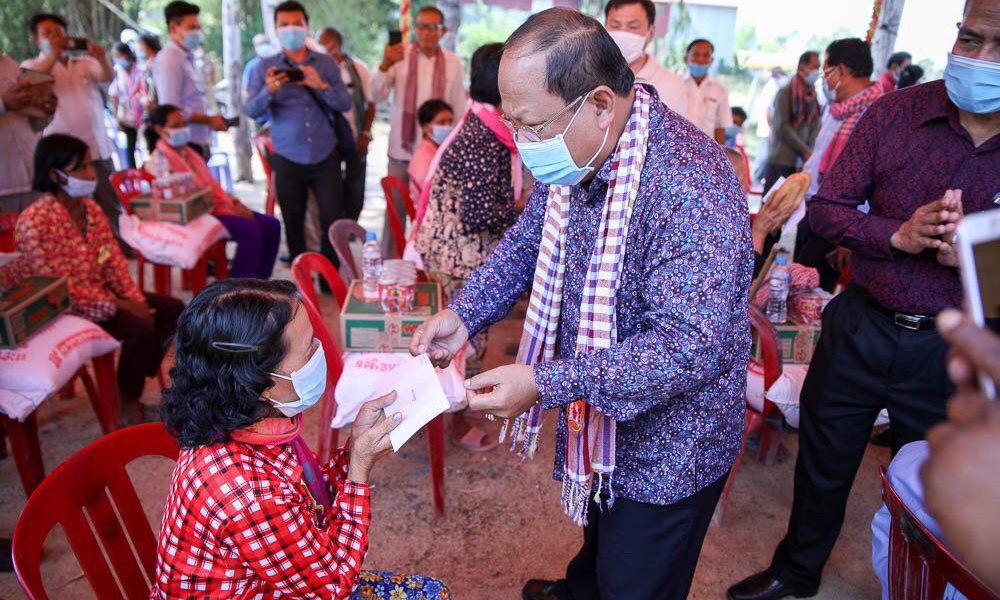 The government does not allow people to live without food, there is speculation

PHNOM PENH (The Cambodia Herald) – Secretary General of the Ministry of Interior HE Khieu Sopheak has assured the people that the Royal Government does not allow any people to live without food, as the National Working Group always helps people.

At the ceremony to distribute and distribute gifts to needy people in Trapa commune, Kompong Trabek district, Prey Veng province on April 25, 2020, Mr. Khieu Sopheak said, “The head of the Royal Government of Samdech Techo Hun Sen has not allowed people "Every single person dies of malnutrition because the people are so important to the whole country."

"I would like to assure all the team that we will never run out of food, so we will all share our gifts in a timely manner to distribute to our people," he said.

At the same time, the Secretary of the Ministry of Interior called on people to keep their sanitation and good health in order to prevent the spread of Kov-19.