The effects of the third typhoon, Sinlaku, are likely to bring more rain, increasing the risk of flooding. 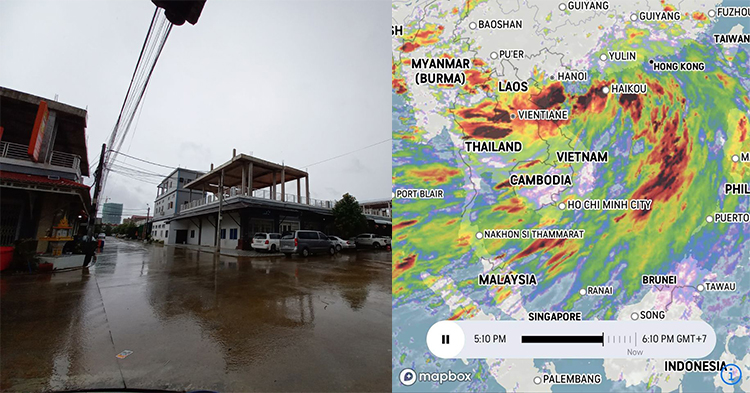 The effects of the third typhoon, Sinlaku, are likely to bring more rain, increasing the risk of flooding.


Phnom Penh: The Ministry of Water Resources and Meteorology has issued a notification On the situation of the third storm named SINLAKU (SINLAKU).

After monitoring and forecasting the weather conditions, it was found that on the morning of July 31, 2020, an Active Low pressure occurred. In the South China Sea and evolved into Tropical Depression. According to the forecast, the low pressure will gradually increase its impact to the third storm, SINLAKU, which will pass through. Hainan Island before entering northern Vietnam on August 2, 2020. The effects of the storm caused the southwest monsoon to speed up and blow on Cambodia.

The Ministry of Water Resources has confirmed that this will make the weather in the Kingdom of Cambodia from 1 to 5 August 2020 the following situation:

1. Provinces in the Dangrek mountain range and the northeastern plateau will be likely to receive more rainfall, increasing the risk of flooding. Rain (Flash Flood).

2. Coastal areas and on the sea surface will have more rainfall, high risk of flash flood (Flash Flood).

Other areas may receive light to moderate rain.

As mentioned above, the public, especially fishermen and seafarers, should pay extra attention to avoid Various accidents that may occur eventually.

The Ministry of Water Resources and Meteorology has been closely monitoring this natural phenomenon and will provide further information if necessary. By: Kolap 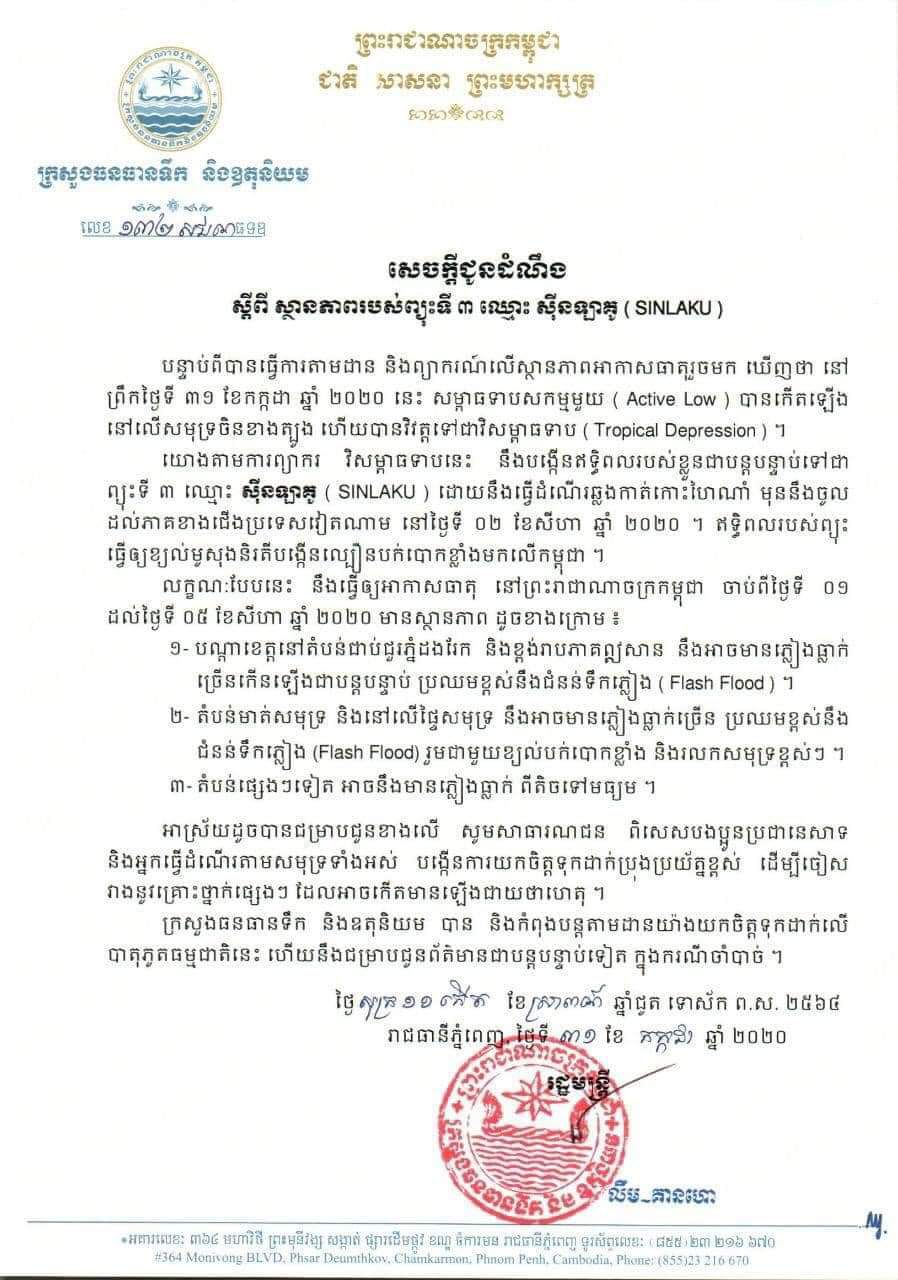 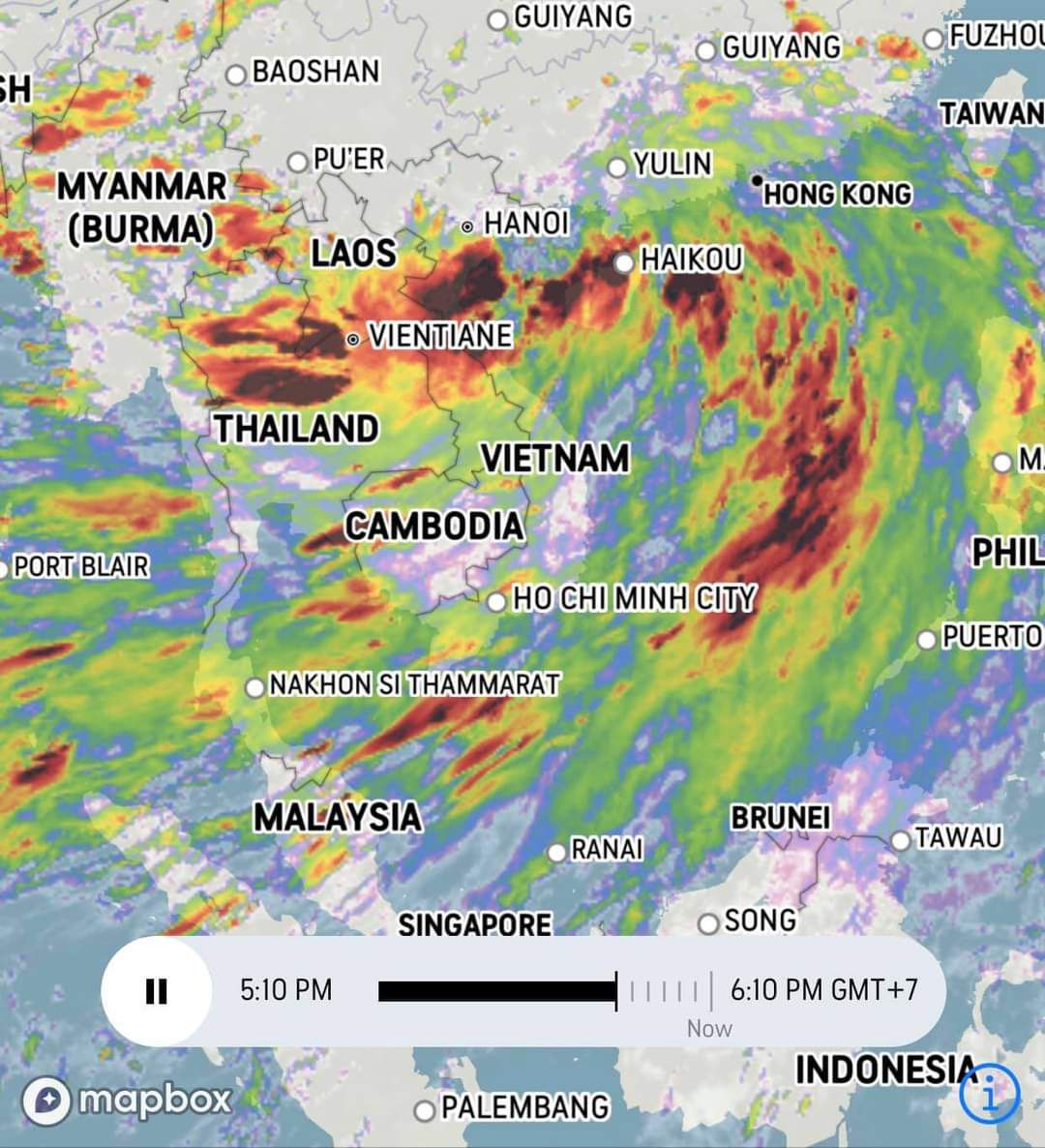 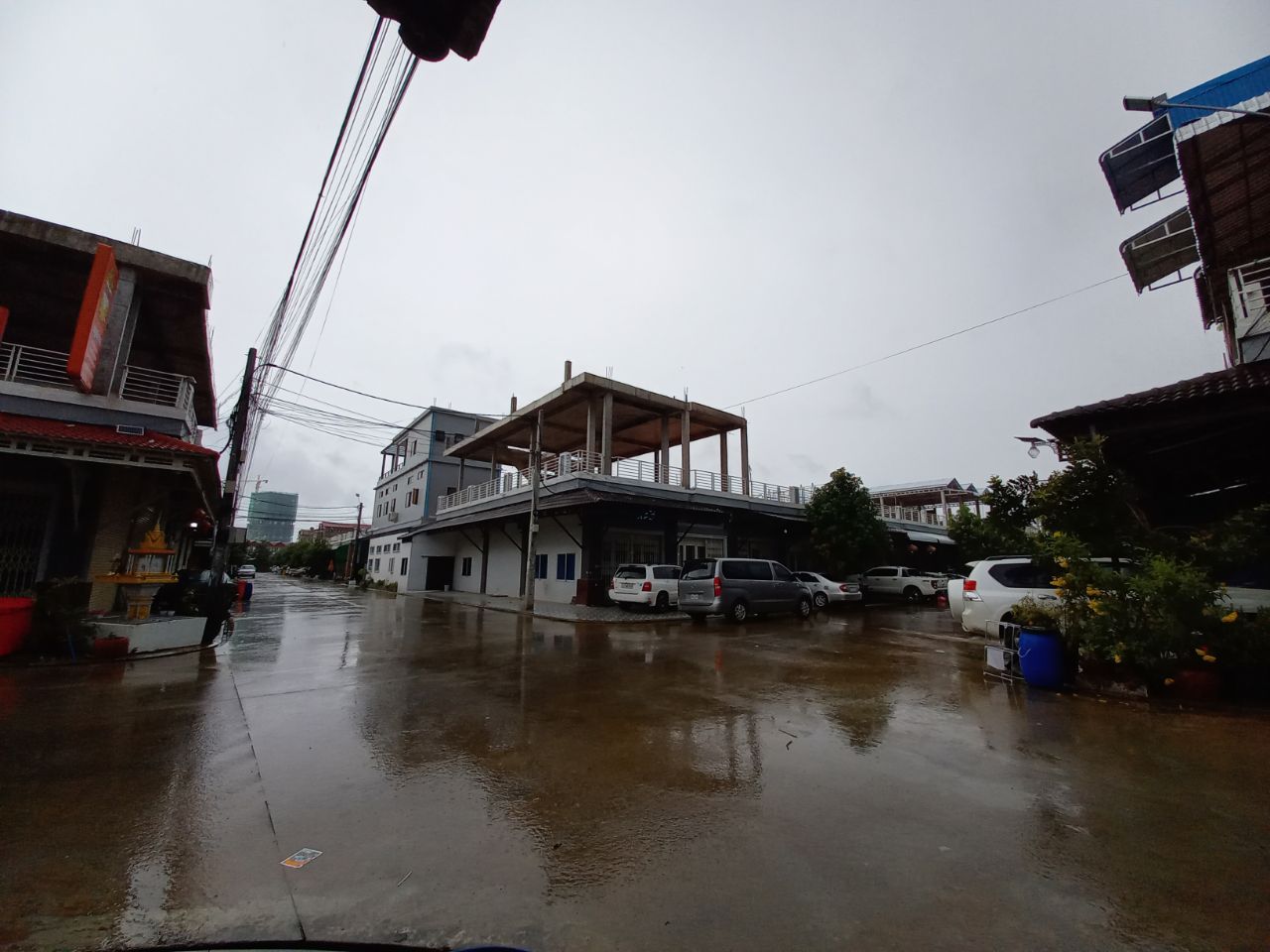