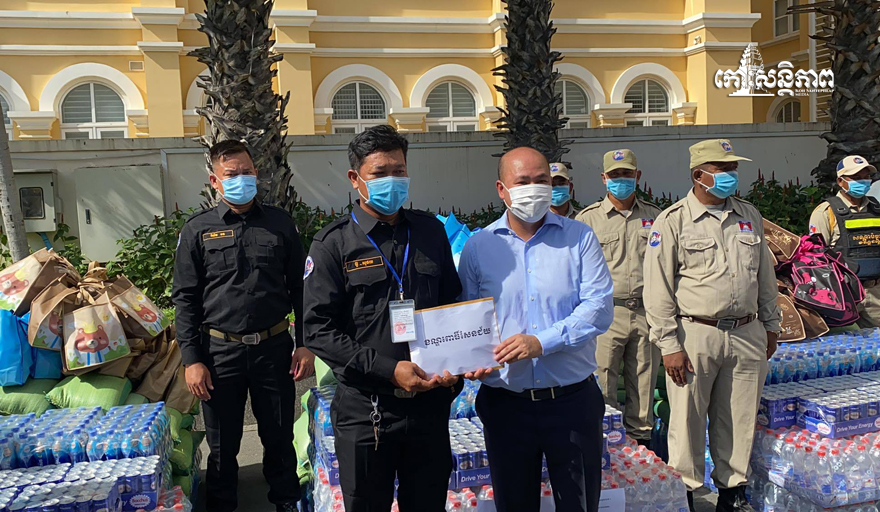 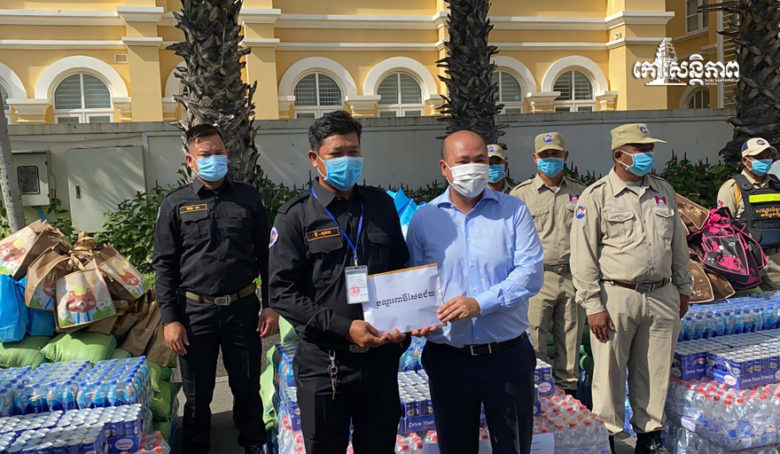 Phnom Penh: Hun Many, President of the National Assembly's Education, Youth and Sport Affairs Committee on Religious Affairs, Culture and Tourism Maintain social security so that people are happy with the authorities. On the occasion of the donation of the Kovi-19 Drugs, Beverages and Rice to all 14 Protectors in Phnom Penh On the morning of June 27, Mr. Many said that the people helped maintain social order such as traffic facilitation, cleaning Environmental hygiene, participation in disaster relief and local security;

The work of the Brotherhood, he said, has helped society a lot, even without weapons in their hands Struggling to do their job in the desire to ensure the safety of local people and social stability . He said that the charitable gift given to the people of this time and helped to alleviate some of the difficulties in life Day.


In addition, all residents must increase hygiene regularly to prevent the spread of measles To V-19 to himself, his family and to the community while the vicious disease has no vaccine or cure for it. There have been many infections and deaths. Phnom Penh Municipal Governor Khuong Sreng said that people have played a vital role in protecting the security and safety of local people. Cooperated well with both armed forces, consisting of police and gendarmerie.

They were the core of the original force: after 1979, the villagers were the unpaid volunteer force No. But so far, with the attention of the Royal Government, especially Samdech Akka Moha Sena Padei Techo HUN SEN, the people have been protected. Embedded as a contracted employee with a salary of R50,000.

Each gift to each of our patrons is received with 1 bag of rice equal to 10 kg of alcohol. 3 small bottles, 100 ml, 20 ml, 3 teaspoons, 2 teaspoons, 12 cans of sweet drinks, and An eco-friendly bottle for three packages, three cans of soft drinks, seven bottles of water and 50,000 riels. By: John Narith