The court ruled in favor of additional evidence against Mr. Sokha 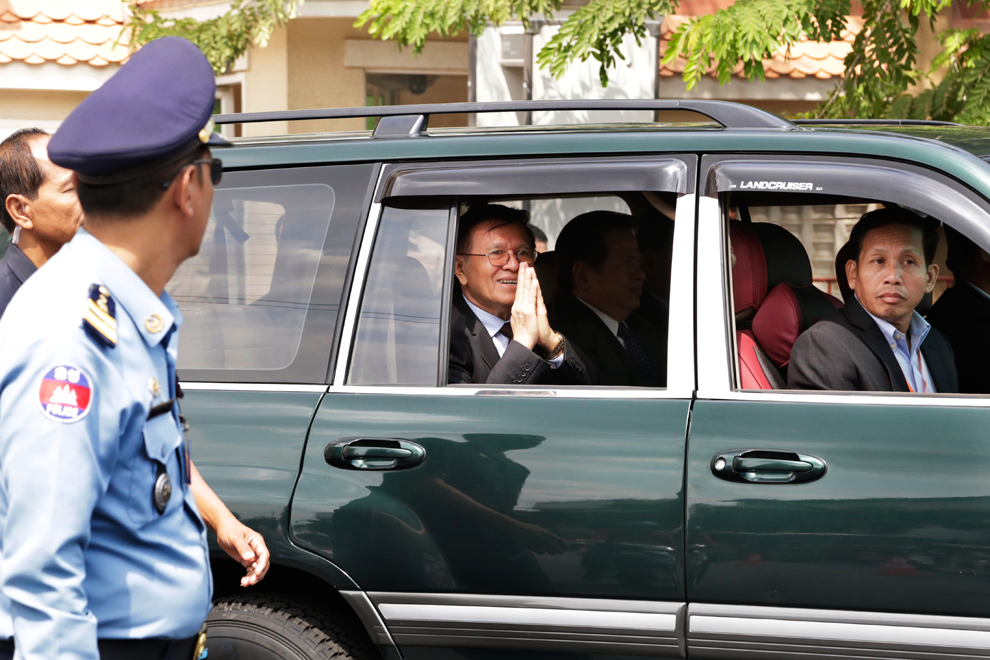 The court ruled in favor of additional evidence against Mr. Sokha

But Kao Sao, president of the Trial Chamber, said yesterday that the admissibility of additional evidence was included in the case against Mr. Kem. Sokha is in accordance with the law of Article 321 of the Penal Code.

The procedure and regulation of the Cambodian court is different from that of the Khmer Rouge tribunal, he said. He said the public could also add more evidence as long as the evidence is true and true, and in criminal cases it is possible. Put up anytime.

Mr. Kao Sao's comments came after Ang Sokha, defense counsel for Mr. Sokha, cited his experience in the Khmer Rouge Tribunal as “representative”. The prosecution may submit additional evidence only if it is in another case that has gone through the Inquiry Board.

However, Ly Chan Tola, a lawyer for the government, said that according to the Khmer Rouge tribunal's search, the court's judges were right Deciding to admit new evidence submitted by the prosecution's representatives when the video evidence was discovered after the trial .

"On the other hand, the provisions of the Penal Code are using the word 'they', which can be put in evidence that the word 'they' That includes patriarchal representatives.

Prior to the admissibility of the evidence, Mr. Sokha's defense team appealed to the Trial Chamber to reject the new evidence. Because they said that the prosecution had never seen additional evidence when the case was brought to trial and considered This is history, the first Just the first one.

At a hearing held in late February, deputies asked for new evidence, seven video clips, including transcripts. Six and claimed to be in response to an hour-long video evidence submitted to the court by lawyer Kem Sokha.

Another Mr. Kem Sokha's lawyer, Chan Chen, also mentioned that the prosecution's evidence was admissible at trial. Investigating and in the investigative panel phase, and the admission of new evidence at this time would seem to mean that the case against Mr. Sokha has not yet been substantiated. Enough is still there Suspicions that, according to the law, must be dropped on Mr. Sokha when the case does not have sufficient evidence during such trial.

But Pat Sophal, the prosecutor's representative, said he has been a prosecutor for 15 years, and his lawyer's role is not sure. All 15 years.

He argued that the case brought against Mr. Sokha was sufficient evidence, unlike the defense presented to Mr. Sokha. .

“So that means I know what to do and not have to teach me to work as a prosecutor. “The suggestion (of the Sokha defense team) is overly concerned.”

The discussion on the evidence was held all morning. As the hearing approached, in the afternoon, Councilwoman Seng Lan asked Mr. Sokha questions about the talks with Sam Rainsy and asked Mr. Kem Sokha clarified the reason for cooperating with Sam Rainsy, who was still in prison.

Mr. Sokha has confirmed to the court that at that time there was no law prohibiting political partying with prisoners.

He said that those who remained violent and revolutionary would still behave like he did not belong to. No. “Anybody who is principled and violent or revolutionary, stay away from me and the CNRP, though That person used to work with me. ”