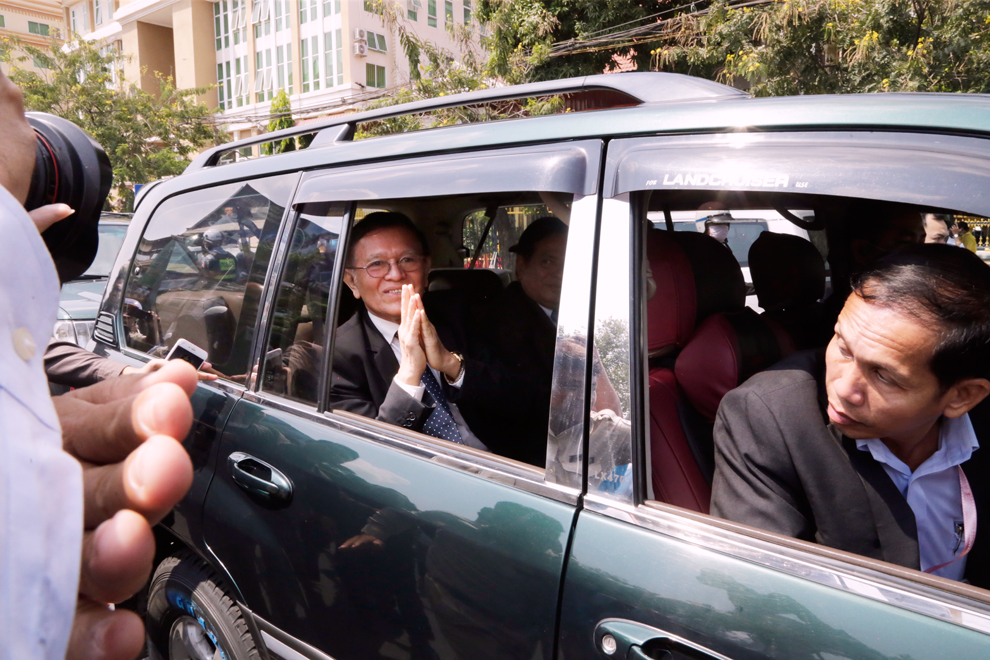 In court yesterday morning, the court played a series of videotapes and ultimately refused to be summoned for comment Mr. Sokha's words in the video clip. The question at issue is at a point where Mr. Sokha says the US government called him to learn about the democratic process. He has been in the United States every year since 1993.

The last one, he said, was to decide that in order for Cambodia to change, "he" had to withdraw from politics. Orbit. Since the word "person" stands for the prosecution, asking experts to explain who this is.

Judge Kao Sao, however, rejected the ruling, saying he could have done so using his discretion as a judge.

The morning session also raised some questions on Mr. Sokha about his intention to go to Australia in 2013, the content of the video, and about setting up the center. Human rights in Cambodia, number of staff, statute and public forum in the province

In the afternoon, the Chamber came up with questions about the establishment of the Human Rights Party and party activities from 2007 to 2012.

Prosecutor Vong Bun Visoth questioned Mr. Sokha about the cause of the party's human rights and financial sources.

Kem Sokha describes how he founded the Human Rights Party in 2007 to contest elections, not to revolutionize or to overthrow the government. No, he competes on political programs. He claimed that his party received financial support from Cambodians both inside and outside the country and had no foreign support .

During the hearing, there was a recording of Mr. Sokha interviewing the press after he met with the US Assistant Assistant Secretary of State at the Embassy. The United States last year. During the meeting, he was asked about his preparedness for elections, and he asked the United States to support democracy in Cambodia through the National Democratic Institution (NDI). ) And the International Republican Institution (IRI). Kem Sokha denied Peng Hap's comments by a government lawyer, questioning whether the encounter did not justify a collusion. Foreign or not.

Sokha said he had met with the US, French and other embassies, but that did not mean he had colluded with a foreigner.

In addition, there were debates on NDI and IRI training for political parties. Both attorneys also argued against each other over the procedure. The trial will continue today.