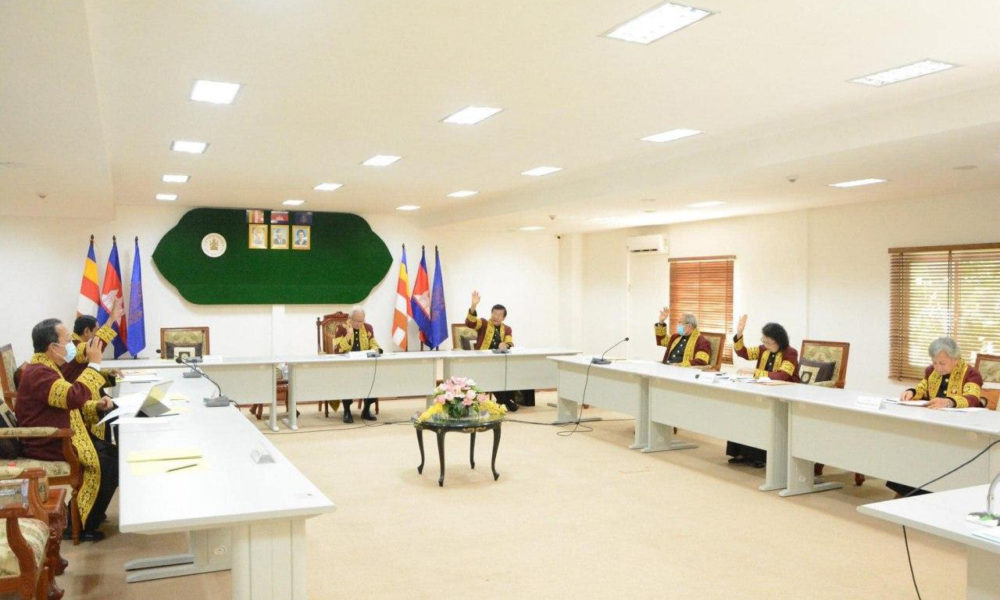 The Constitutional Council unanimously passed the Law on the Management of the National Emergency in the aftermath of a comprehensive debate on the law. According to Bayon Radio.

The decision was made after the Constitutional Council held a meeting on 27 April 2020 to review and decide on the proposal of Samdech Heng Samrin, President of the National Assembly, to examine the constitutionality of the law on the administration of the country. Emergency.

It should be reminded that the draft law on national emergency in 5 chapters and 11 articles prepared by the Royal Government of Cambodia will provide legal basis to ensure the implementation of Article 22 of the new Constitution and Essentially, it defines the authority of the government to introduce indispensable measures To respond to the state of emergency in order to protect the security, public order, protection of life and health of the people and the protection of property and the environment.