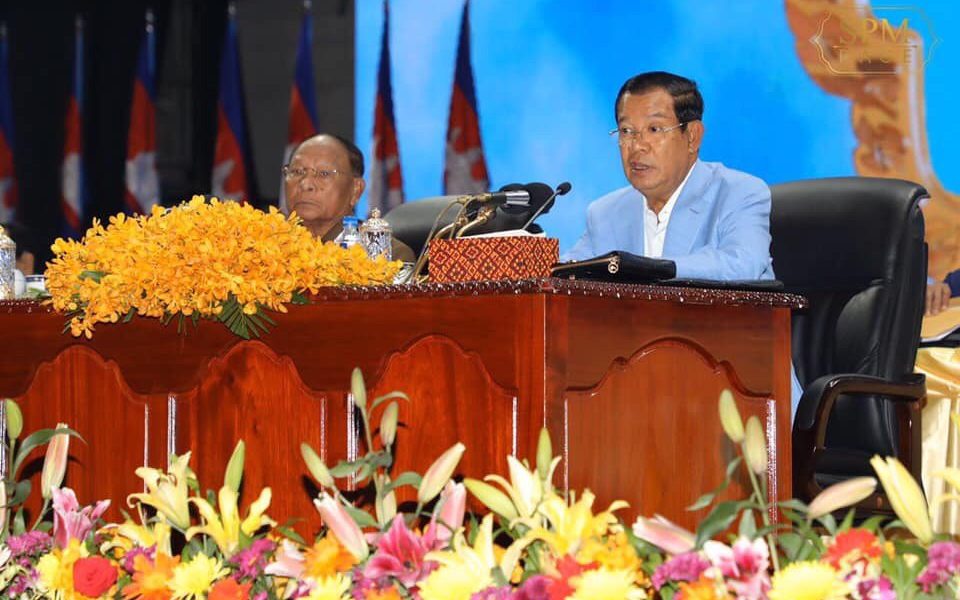 Phnom Penh: After the conclusion of the convention of the CPP Central Committee on February 2, 2020, the results of the two-day conference from February 1-2 to 2020 . Through this convention, the ruling Cambodian People's Party has continued to oppose the movement of color revolution and is committed to democracy.

The two-day conference was chaired by Samdech Akka Moha Sena Padei Techo Hun Sen, President of the Cambodian People's Party, and other senior officials and 3,420 members of Congress.

According to the press release of the conference, which was announced by Sok Isan, the CPP spokesman, “strictly opposed to the revolutionary movement of color and to vigorously enforce the law to organizations and individuals. Commit law crimes. Emphasizes an unwavering position in the maintenance of pluralistic democratic democracy in Cambodia. ”

He said some strong countries are using democratic and human rights issues to violate the sovereignty of small countries as a threat to the peace, stability and development of Cambodia and other minorities.

He said these are favorable to socio-economic development by keeping the motto of internal reform in the spirit of external friends.

In that regard, Samdech Techo Hun Sen took note of the current world situation, which is evolving in a deep, fast, and unpredictable way, posing increasing challenges to the military, economic and social security risks.

In addition, the Congress promotes the spirit of the National Peacekeeping Society and will hold a mass rally on December 29 every year to commemorate the anniversary of the end of the civil war in Cambodia.

It should be highlighted that the CPP, the current ruling party, has 865 central committee members.