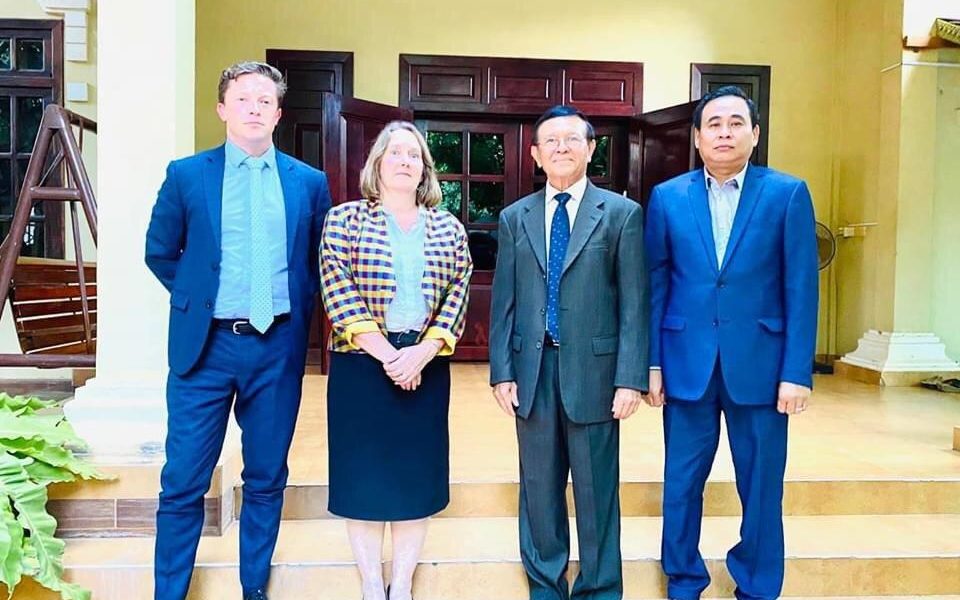 The British ambassador to Cambodia, Tina Redshaw, hailed the meeting between the two Cambodian dignitaries, Samdech Techo Hun Sen and Kem Sokha, on May 5 and said it was a positive step forward.

Her comments came during a meeting between Kem Sokha and her on the afternoon of June 1, 2020. According to a Facebook post, Muth Chantha, human rights activist Kem Sokha.

“At the meeting, we had a friendly meeting for more than an hour during which the Ambassador expressed his appreciation for the meeting between the two Cambodian dignitaries, Samdech Akka Moha Sena Padei Techo Hun Sen And HE Kem Sokha on May 5 and that is the first positive step forward. ”

In addition, the two sides were very interested and exchanged views on the issues of the Kov-19 socio-economic situation and in particular the livelihoods of the Khmer people in this situation and the consequences that come together in the future.