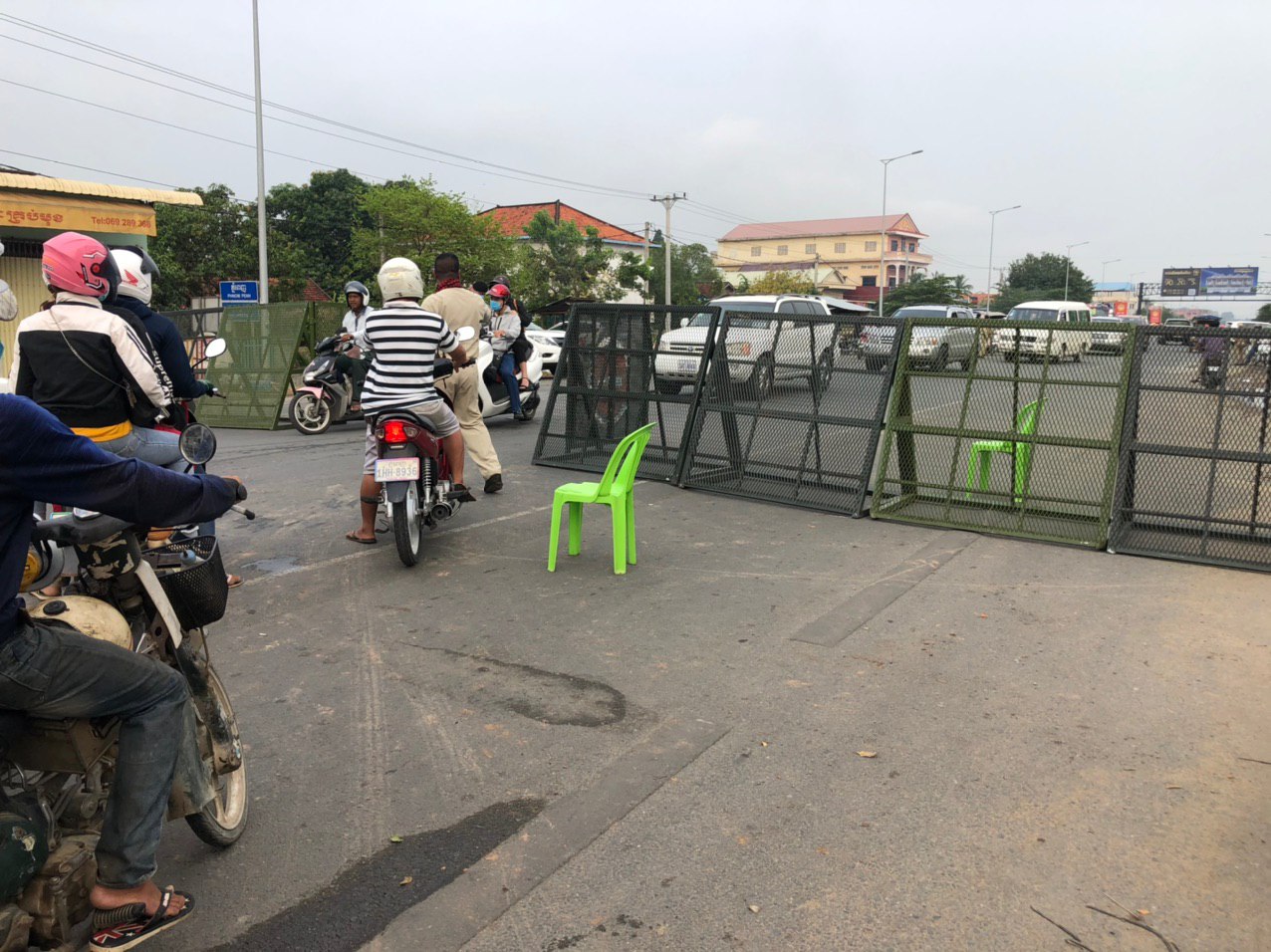 
According to the announcement of the Inspector General of Police, Kien Svay district security guard On the morning of April 9, 2020, the border between Kien Svay and Phnom Penh on National Road 1 was closed.

According to a direct report from the CEN website staff at the target, to take part in the prevention of infectious disease (Covdi 19) and refer According to the Royal Government's orders, the National Roadblock at Chhbar Ampov and Kandal Provincial Depot intersect with you from one province to another. But to you brethren The business occupations are usually as of the morning of April 10, 2020.


It would be highlighted that Samdech Akka Moha Sena Padei Techo HUN SEN issued an urgent order for authorities and authorities at all levels to close the country from Phnom Penh to Cambodia. Provinces and travel from one province to another. This regulation shall take effect from 24:00 on 09:00 until 24:00 on 16 April 2020.

A government order issued on 9 April states: "Prohibit domestic travel, including transit. – Enter Phnom Penh (without affecting domestic travel in Phnom Penh) Travel from District to District Travel and transit from province to province ". The practice, which runs from 24pm on April 9 to April 16, is to leave the car alone.

However, this prohibition applies to all kinds of goods by land, sea and railway. Civil Servants' vehicles and vehicles at all state, national and sub-national institutions with the purpose of carrying out the day-to-day tasks that vehicle owners must present to the forces. Competent to check their work ID. Armed vehicles and vehicles of all armed forces for the purpose of carrying out their duties. Public and Private Hospital Ambulances. Fire truck. Garbage and Waste Transportation Services Transportation of workers to the workplace at the factory – enterprise that is licensed by the Ministry of Labor and Vocational Training or Department of Labor Vocational training. People traveling to the nearest hospital or health center to receive essential and urgent health services by limiting the number of people From four (4) for each case.

Cambodian Prime Minister Samdech Akka Moha Sena Padei Techo Hun Sen addressed the government officials: “I would like to suggest the principles of Samdech Krom Krom relevant The important thing is that some workers seem to disagree, so I would like to issue an order that prohibits transit from one province. Go to Muay Province Since 12, otherwise, is that our workers will refuse to obey. "Intellectual Property: sacred 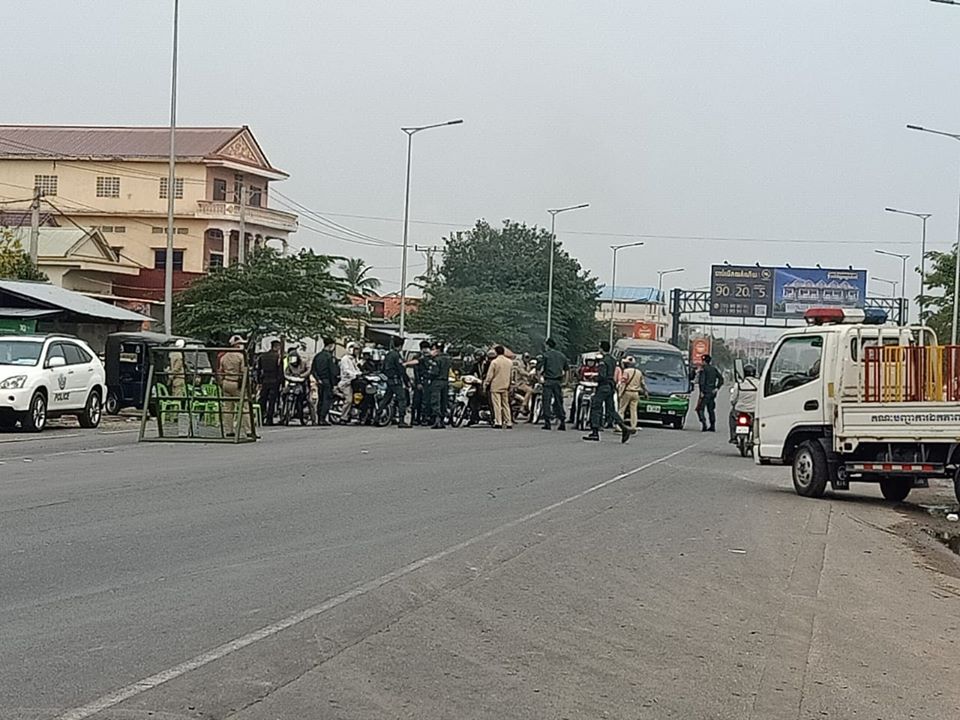 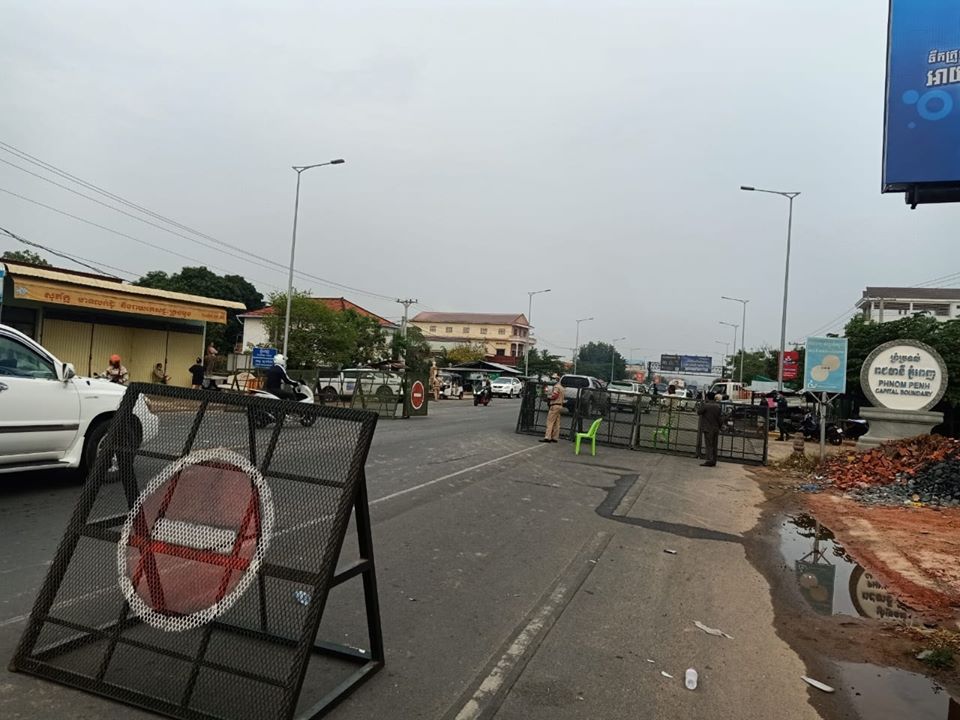 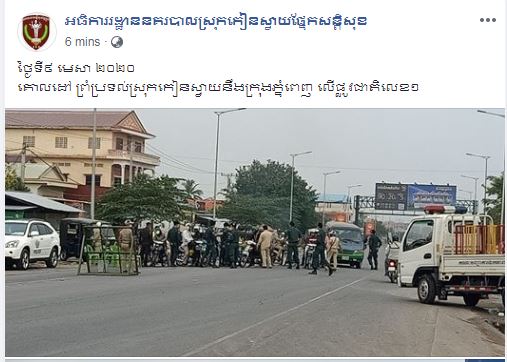