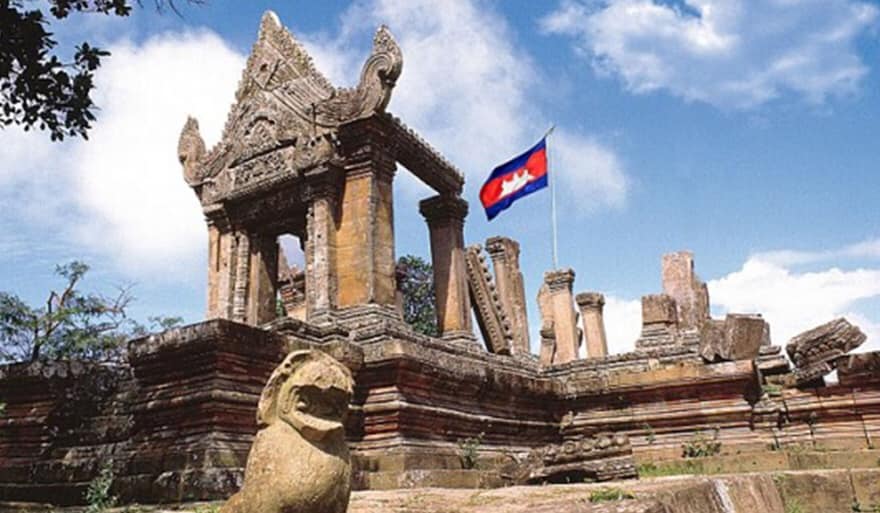 Samdech Techo Hun Sen said that on June 15, 2020, this is the 58th anniversary (15 June 1962 – 15 June 2020) that the International Court of Justice (ICJ) in The Hague Netherlands to decide Cambodia over Preah Vihear case over ICC ruling over ownership of Preah Vihear temple .

After a failed diplomatic mission, Cambodia filed a complaint to the International Court of Justice, The Hague, on October 6, 1959, asking for it. The court handed over the sovereignty of the temple to Cambodia and demanded that Thailand withdraw all armed forces from the temple.

At the trial, Cambodia and Thailand presented their respective arguments to claim ownership of the temple. Cambodia cited the Dangrek Map (Annex I), a map derived from the 1904 Franco-Siamese Treaty as a legal basis. The border line in the Annex I map shows that the Temple of Preah Vihear is in Cambodian territory.

Despite Thailand's protests, the 1962 ruling, the International Court of Justice, rejected the plea deal. Thailand. According to the Hague, Article 1 of the 1904 Treaty sets out the boundary line, but in Article 3 of the Treaty. The same is said that the demarcation of the border line will be done by the Franco-Siamese Commission.

In terms of the Dangrek area, the border line resulting from the work of the Franco-Siamese Commission is unique: the border line in The Annex I map that Cambodia cited. Therefore, there is no need to locate the water line.

According to these reasons, the Hague court has determined that the area of ​​the Temple of Preah Vihear, the legal border between Cambodia and Thailand, is the border line marked on the Annex Map. First. In line with this border, the International Court of Justice in The Hague ruled that: The Temple of Preah Vihear, which is located within the territory of Cambodian sovereignty, had to withdraw. Troops, police or other guards stationed in temples and around temples in the territory of Cambodia and Thailand must hand over all Thai artifacts. Removed from the Temple of Preah Vihear or from the temple area during the Thai occupation since 1954.

Although the Hague court ruled in this way. The Thai side, however, only obeys the first point that the temple is within Cambodia's sovereignty.

Separately, the second point at which the court ordered Thailand to withdraw its forces from the temple and its surroundings in Cambodian territory was unacceptable Thailand does not. For Thailand, what the international court considers is the Preah Vihear body. The vicinity of the 4.6 square kilometer property belongs to Thailand and Thailand has the right to put its forces there .

Due to such violence, in July 2008, Thailand again invaded Wat Keo Krisi Kiri Svarak Temple. The attempt to occupy the temple area came after Preah Vihear was included on the World Heritage List. July 07, 2008.

The border dispute between Cambodia and Thailand has erupted again, culminating in an armed clash. Many temples of Preah Vihear suffered shrapnel by Thai soldiers. After finding a way to end the conflict, both the bilateral and the ASEAN mechanism did not work, Cambodia appealed to the International Court of Justice. The Hague reinterprets the 1962 judgment.

Finally, on November 11, 2013, the International Court of Justice re-interpreted the 1962 judgment and ruled that Cambodia had sovereignty. The entire territory of the Temple of Preah Vihear and ordered the Thai side to withdraw all armed forces and guards from the vicinity.

The Royal Government of Cambodia, under the leadership of Samdech Akka Moha Sena Padei Techo HUN SEN, has worked very hard in both diplomatic and armed forces to protect the temple and Territory around it. The Hague Court's latest ruling is a justification and a great victory for the nation as a whole.

Preah Vihear is not only the international court of the Hague Add to the list of world heritage.

The temple "Temple" was built by the King four generations and took over 250 years.

In the ninth century, the year that Yasovarman I became king, he made the capital of Angkor famous. The shining monument of the capital, which he built, is called the "City of Jupiter," centered in the mountains. Siem Reap today. As the nation flourished, it pleased Him and chose the mountain "Church" to build. But please make sure that he only built in the center of the temple when it was built. 1 The name "Sri Sithiri Swara" which is translated as "Mountain Mountain" to be a shade The King of Cambodia

Then Jayavarman VI, who reigned between 10801109 AD, built the library. And his house was repaired in some place;

Thereafter, the famous King Suryavarman II reigned between 1113 and 1150 AD. There is a large temple with a dragon and a front staircase.

Historically, it must be remembered that the name of the first Khmer king, "Yasovarman I", reigned between 889–900 or 910 AD The second and the next is the Suryavarman I, 1002_1050 AD. Jayavarman VI and King Suryavarman II.
By: Kolab 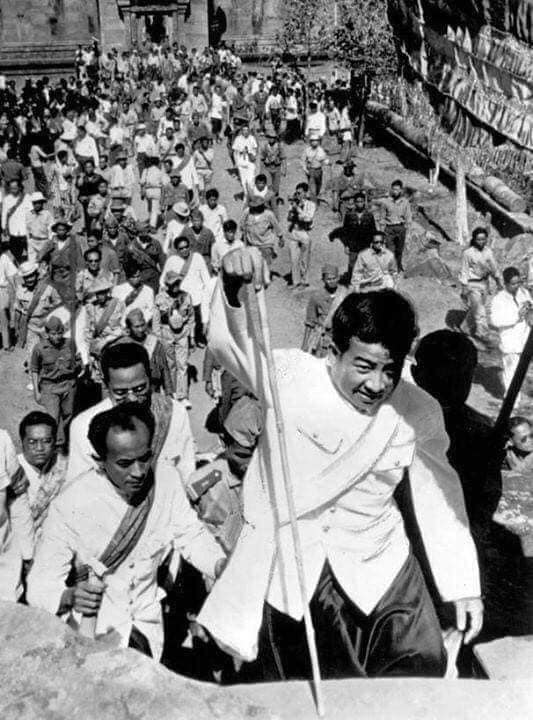 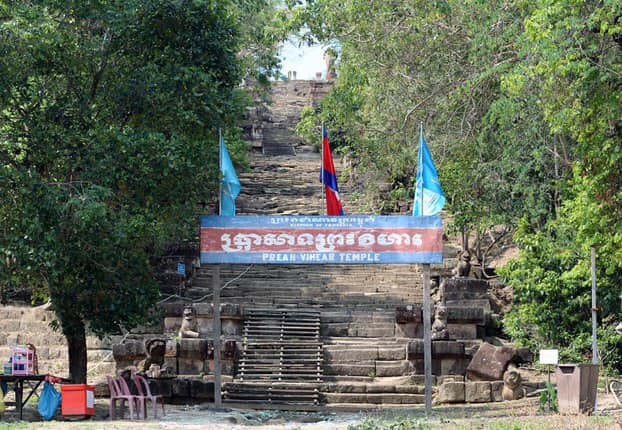 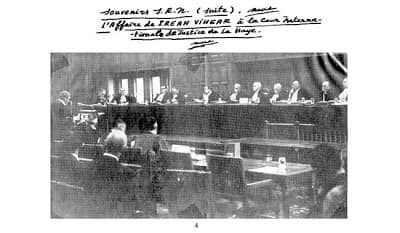 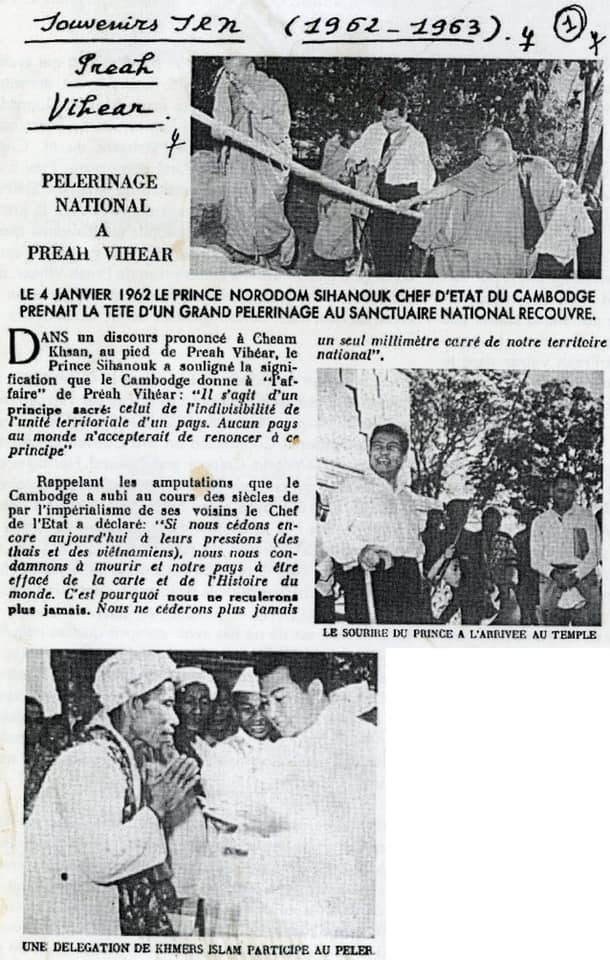 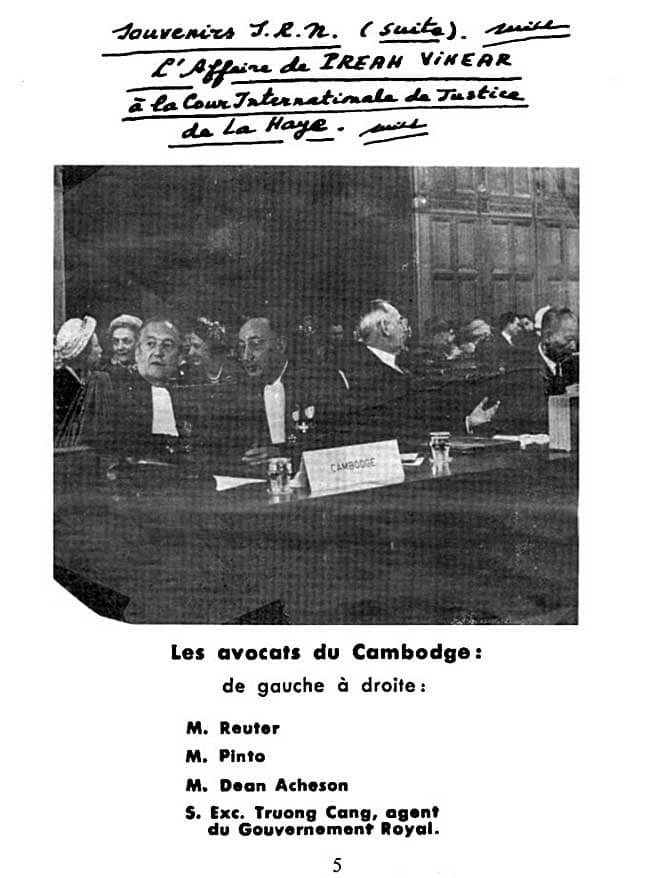