The 174 Chinese were ordered to stay separately for 14 days 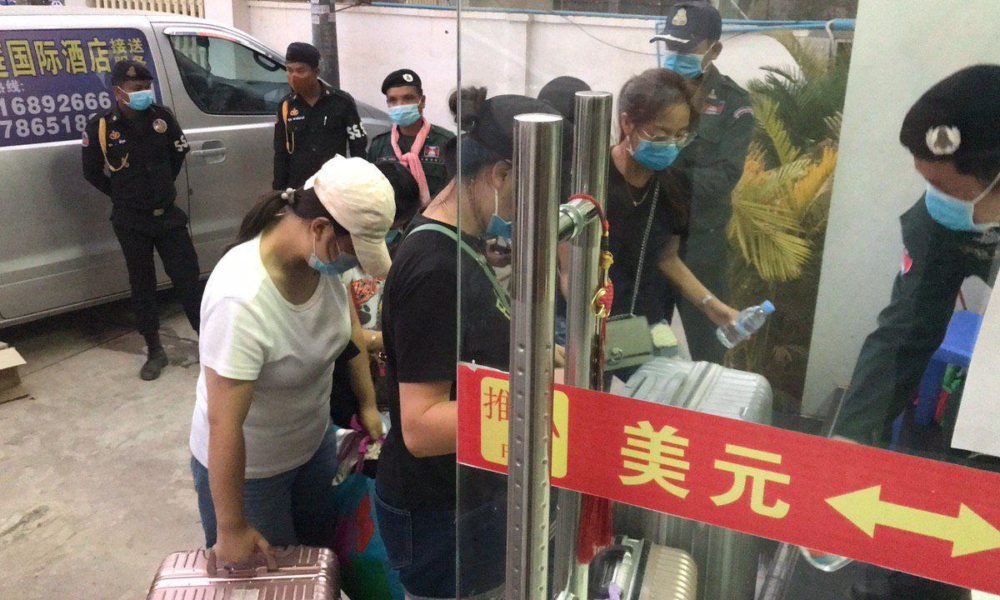 The 174 Chinese were ordered to stay separately for 14 days

The Bavet City Mayor Lim Seang Heng told reporters that on March 24, 2020, 174 Chinese nationals were traveling west on National Road 1 down in front of the hotel. And Bavet casino, and the purpose of staying in hotels and casinos, but the owners of hotels and casinos do not permit and report to authorities and He worked in cooperation with the provincial police, the Provincial Immigration Bureau, Bavet International Police Station, Bavet City and Provincial Gendarmerie to detain and send 174 Chinese nationals to Bavet City Hall at the Bavet City Inspectorate. And the Bavet Municipal Police Building for management and inquiries.

The governor added that on the morning of March 25, 2020, the provincial police chief of police had cooperated with the immigration police to interrogate and ask the health officials to check and make a check until 11:30 am. There are no doubt the case of the Kovirus 19 virus.

Since the COVID-19 outbreak, the Royal Government of Cambodia has been working hard to combat and prevent the spread of the disease (COVID-19), which is endangering the health and life of the Cambodian people. Prime Minister Hun Sen said that the situation is a war against the enemy In order to join the Royal Government of Cambodia, Mr. Sok Rady, President of the Svay Rieng Chamber of Commerce and members gave a hotel room in Bavet called "Miami Heang" with 52 rooms for the Svay Rieng administration to be organized by Bavet administration. It will serve as a storage facility for approximately 174 Chinese people, staying 14 days apart To facilitate access to health authorities to monitor, detect and prevent the spread of cholera 19 (COVID-19).