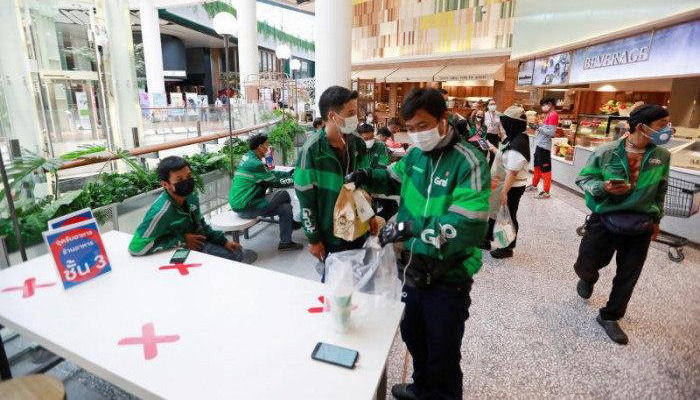 Thailand's economy is being hit hard by the virus outbreak and heading into recession, according to the Bangkok Post on 13 April 2020.

"We think about seven million jobs have already been lost and that figure could rise to 10 million if the outbreak lasts in a few months," said Councilor and President of the Thai Chamber of Commerce Mr Kalin Sarasin. Next month. The country has a workforce of about 38 million.

Thosaporn Sirisumphand, chairman of the council, said government councils and business agencies discussed proposals for support measures before proposing them to the government. These include interest-free loans, tax deductions and financial assistance to keep jobs, he said.

The central bank has forecast a 5.3% decline this year, the weakest since the 1998 Asian financial crisis.

Thailand, which recorded 2,579 cases and 40 deaths, has imposed night-time curfews across the country, shutting down markets and blocking activities to limit the spread. Update: October