Thailand: The number of people infected with Covid-19 has risen to 42 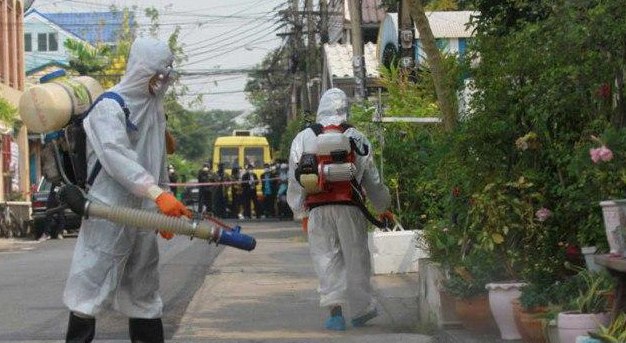 Thailand: The number of people infected with Covid-19 has risen to 42

The Ministry of Public Health's announcement that designated the Covid-19 virus as a dangerous infectious disease will take effect on Sunday, giving authorities more weapons to combat the spread of the virus. The announcement came as the ministry on Saturday confirmed a new infection, bringing the total number of cases to 42.

The latest victim was a 21-year-old Thai male salesman whose job he did, according to the Bangkok Post on Saturday, February 29, 2020. Have him interact with foreign tourists.

The newly infected man became ill on February 24 and sought treatment for fever and cough in a private hospital a day later. Public Health Minister Anutin Charnvirakul said at a daily press briefing that he was being treated at Nopparatrajathanee Hospital in the Kannayao district of Bangkok.