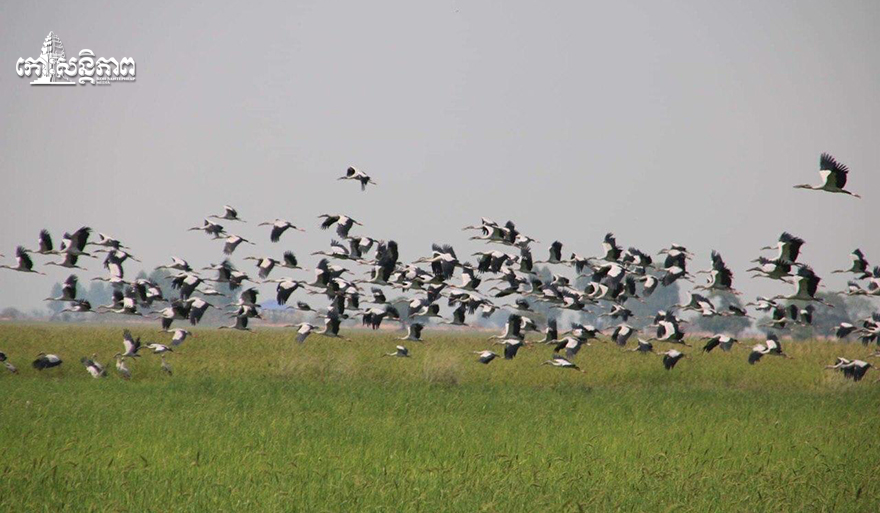 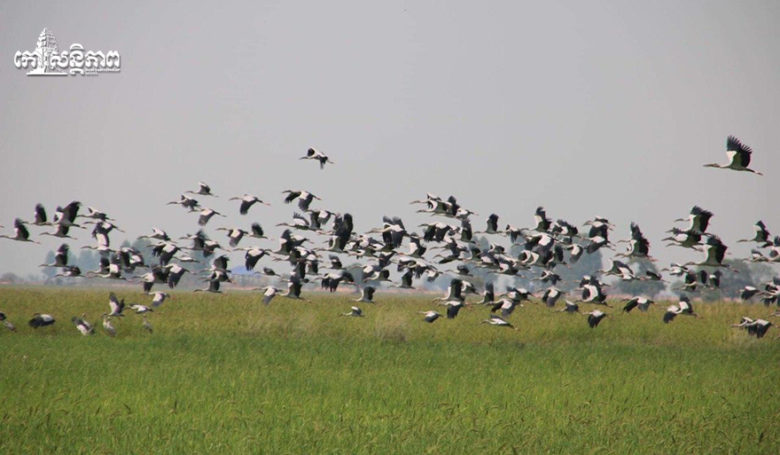 Banteay Meanchey – Thousands of birds are feeding on Lake Canal near Phnom Trapaing Thmor district, and district authorities are taking Take care of the protection.

Colonel Yat Sophal, Phnom Penh's district police chief, said that in the dry season, there are tens of thousands of mixed birds to feed. On the lake, the canal near Trapeang Thmor is located in Sras Village, Phnom Srok District and Preah Net Preah. With the guidance of Banteay Meanchey Provincial Police Chief General Ath Khem, mountain police are protecting the birds. No one was arrested or arrested.

Tens of thousands of birds of prey in Srasse village, Phnom Srok district, hunt for food in lakes and fields. Plowing. Every year the birds go out to feed.

“The birds that are feeding in the village of Saksor, the district authority, are paying attention. "Most of the animals are living in the Trapeang Thmor basin, and the birds are very rare." (Edited by: Bopha)