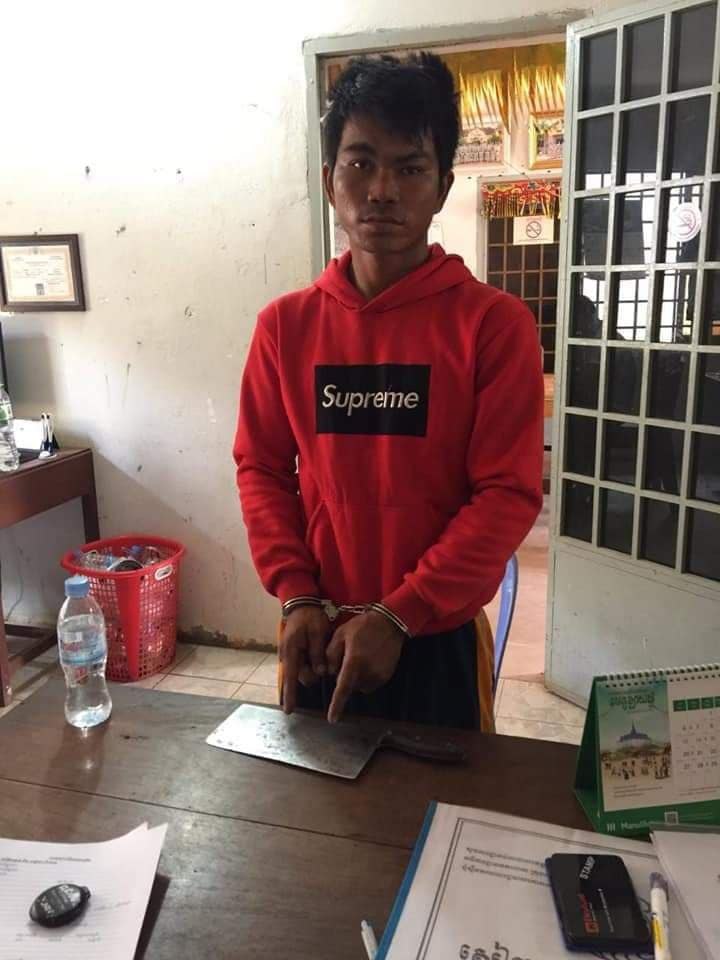 Nop Sarak, a police inspector in Siem Reap, said the suspect, identified as Nuth Sokhet, is a 29-year-old male resident in the village. Kravanh Commune, Banteay Srei District, Siem Reap Province. In the arrest, the suspects confiscated a knife, a machete and a motorbike 125 black in 2005.

Following the incident, a knife-wielding attack on a victim occurred in Siem Reap
Colonel Nop Sarak, the Metropolitan Police Inspector, issued a stern order in the meeting to bring all criminal skills and channels open to investigate the perpetrators. Seen to be arrested for criminal prosecution will be able to find justice for the victims due to the intensive efforts of criminal experts The City and the Post Arrived on April 11, 2020 at 18hrs Arrested Suspect Known as Nott Sokhet, 29-year-old Levi, lives at Kvann village, Romchek commune, Banteay Srei district, Siem Reap province, at the intersection of four streets Angkor in Trapeang Ses Village, Sangkat Kork Chak, Siem Reap, is conducting the investigation, investigation and detention operation by Lt. Gen. Rim Mon, chief of the Kok Chak police station.

The exhibit recovers a knife, a machete, and a 2005 black 125 black motorcycle. The suspect admitted that the above three cases were true and solitary.

Currently, the suspect, Brigadier General Phung Chen Chet, Deputy Commissioner and Chief of Criminal Division of the Siem Reap Police Department, is allowed to work. Arrested in order to file a case, sent to court have been convicted of the crime. By: Kolab 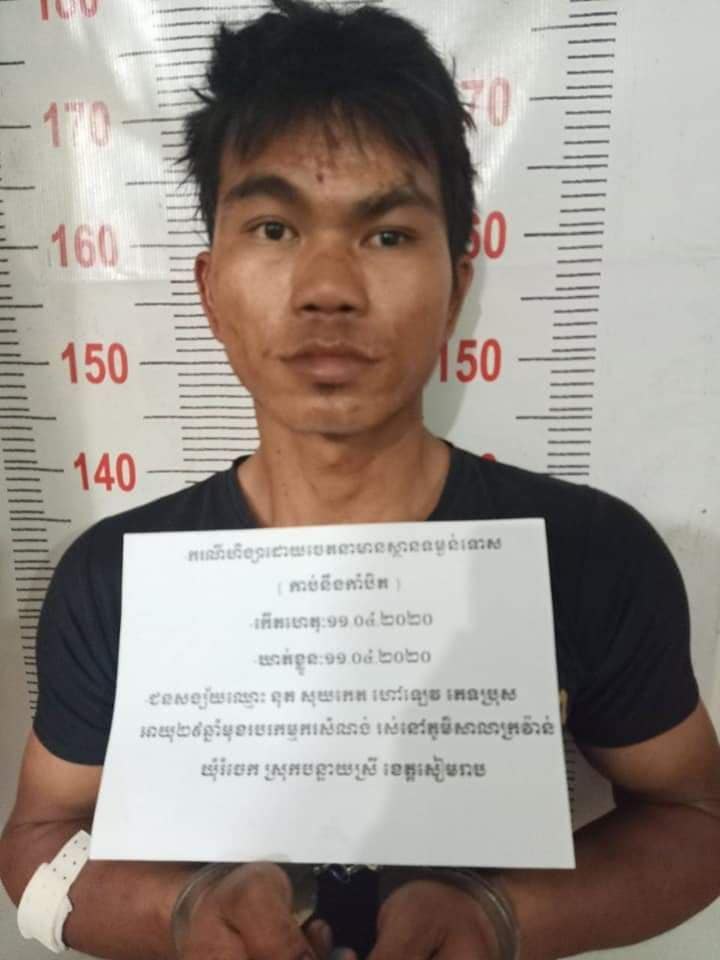