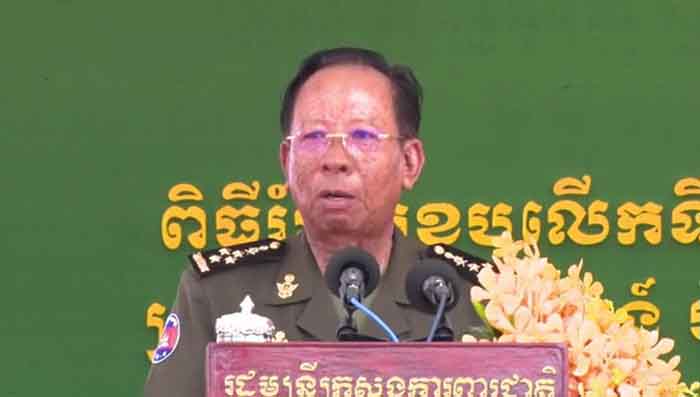 In commemoration of the 43rd anniversary of the commemoration of the overthrow of the Pol Pot genocidal regime on June 20, 1977, the 20th of June 2020 in Memot district, Tea Banh stated that Cambodia and Vietnam History must be made in order for future generations to know the history of Cambodia-Vietnam.

"They say, 'This is what can be said, is not to stop, white thing, what it does, it's not true, it's true,' he said. The greatest goal of the insane. So we build what is clear proof that there is no, there is absolutely no separation. Children or nephews of our generation need to know for sure that there is no such thing as a Vietnamese – Cambodia-Vietnam coexistence.

In addition, the defense minister said that stakeholders should not be fooled by the idea that "January 7 is a lost day for sovereignty. On January 7, Vietnamese troops came to rescue the Cambodian people and become an army. Aggression etc. ” The defense minister said that these were not normal, so did everything to let the next generation know that "Cambodia-Vietnam has a history of fighting with each other."