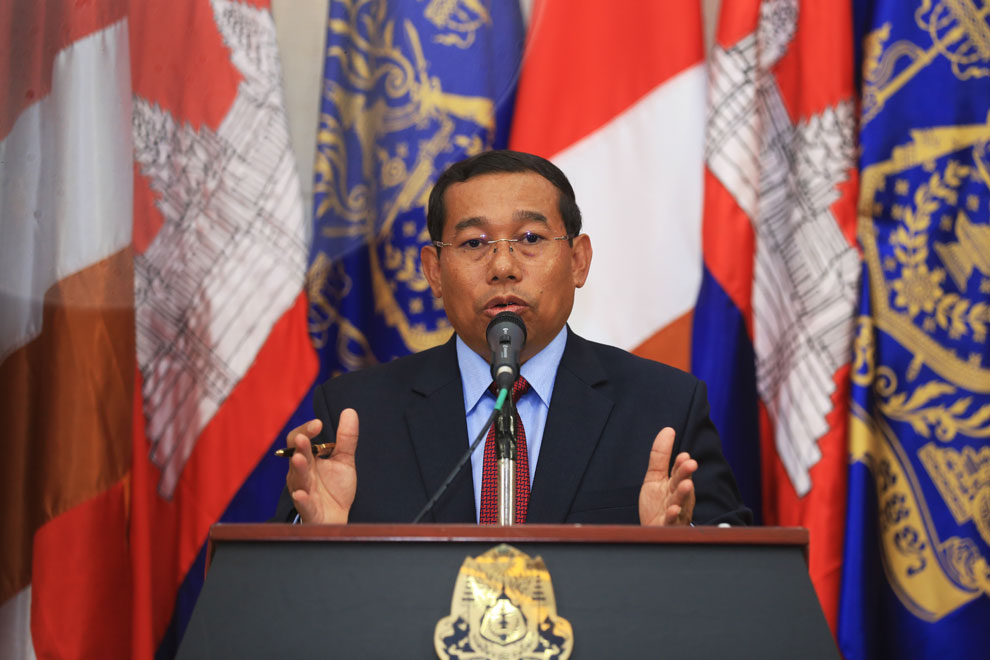 
Takeo: Takeo provincial governor Ouch Phea said at a press conference at the Council of Ministers yesterday that authorities had cracked down on drug offenses. 59 cases and 125 arrests in the first six months of 2020. This case compared to 2019 in the same period, 36 cases were cracked and 72 people were arrested.

The provincial governor said that the prevention and suppression of all kinds of crimes has been successful with a unified command mechanism, including taking To strengthen the implementation of village-commune safety policy, to hold public forums with the active participation of the people.

Mr. Sok Samnang, Commissioner of Takeo Provincial Police, also said at the conference that the drug problem is a global problem and Cambodia is a country affected by Drug problems. Cambodia does have drug users, but not drug producers.