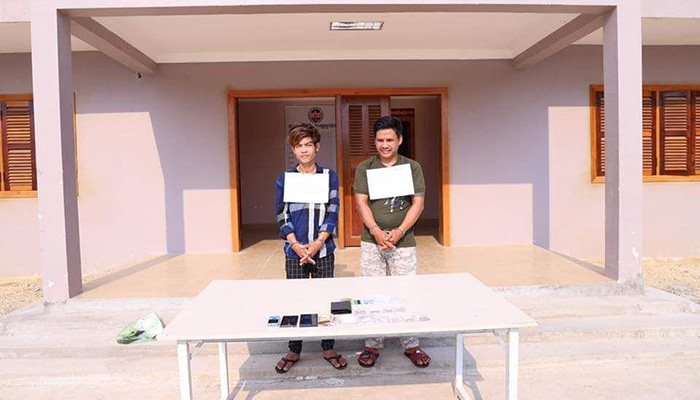 Svay Rieng: On the afternoon of April 23, 2020, the Joint Chiefs of Drug Offices of Svay Rieng Gendarmerie sent two suspects to court for criminal charges related to the illegal possession or trafficking of drugs. .

Svay Rieng Provincial Court said at 22:00, April 21, 2020, with the permission of prosecutor Kham Sophary, prosecutor of the Magistrate's Court, in cooperation with the Bavet Municipal Police Force. Led by Lieutenant Colonel Srey Vutha, the deputy commander in chief of the Justice Department, used the illicit measures to sell illegally. Substance use agents interact with agents in Bavet City.

After questioning, Justice Vannak, male, admitted that he bought the drug from the name of Veasna on 096 8895187.

Currently, the suspect and exhibits have been sent to the provincial court to submit a case to the prosecution.