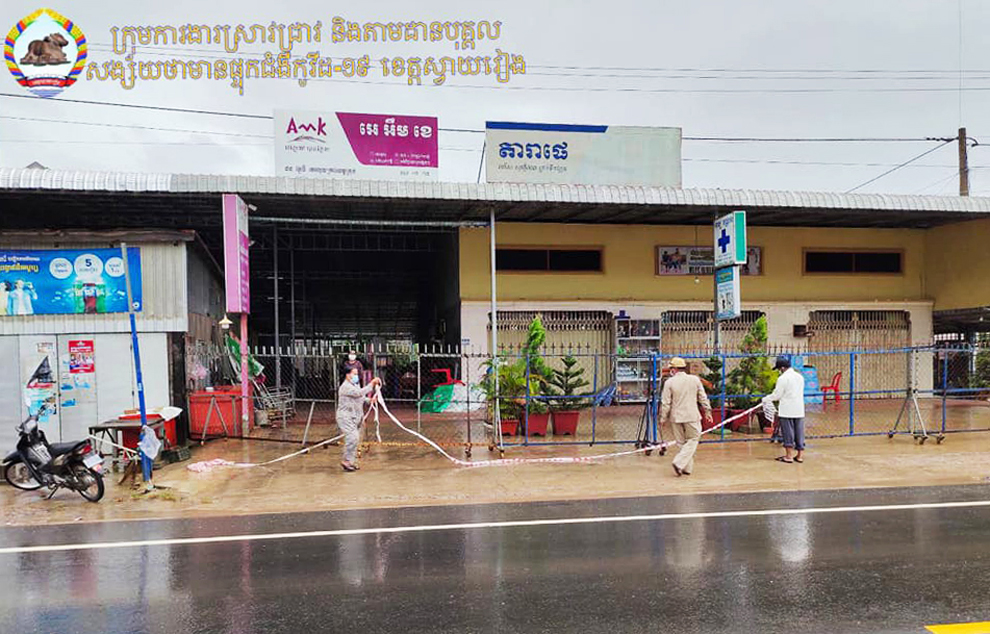 
Svay Rieng: Svay Rieng Provincial Administration Continues to Close Public Markets, Private Markets, Restaurants and Suspend All Liquor Sales from July 19 July 25, 2021 in the province to manage the situation and prevent the spread of Kovid 19 effectively.

The notice signed by Mr. Men Vibol on July 18 said that due to the situation of the epidemic 19 Corridors in the “February 20 Community Event” in Svay Rieng Province Are Still Not Prevented and Are Spreading Subsequently, the provincial administration decided to temporarily suspend the sale of alcohol to ensure the protection of people's lives and public health.

According to the announcement, the Provincial Administrative Unity Command, relevant departments, units and municipalities, districts, communes and sangkats must make instructions on the prohibition and Prevent gatherings, sales and drinking of all kinds.

The notice states: "In the case of the people, the market manager, the distribution depot owner, the shop owner, the shopkeeper, as well as the owner "Businesses involved in the sale of alcohol do not follow these guidelines and will be punished in accordance with administrative measures."