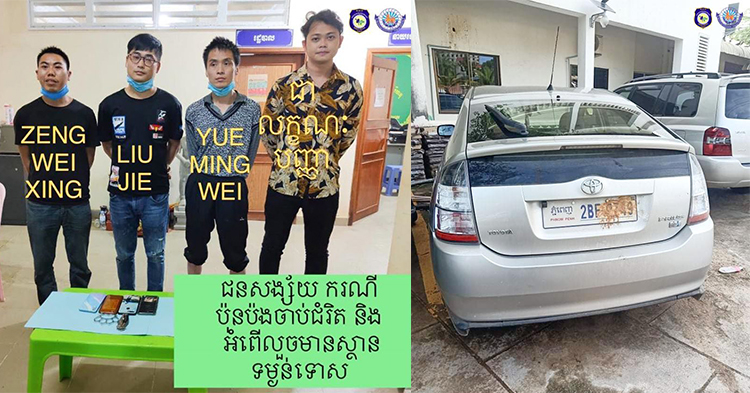 
Preah Sihanouk Province: Maj. Gen. Chuon Naron, Preah Sihanouk provincial police chief Police said the police cracked down and the theft was aggravated and attempted to commit a crime that the suspect had committed since the night of November 10. March 2020 at Jia Hong's Point Shop in Village 6, Sangkat 4, Sihanouk Ville, with a team of six suspects Disguised as a potential shopper, the suspects opened fire on the victims' eyes and beat them. The robbery and money were seized and fled when 4 cops and 2 others escaped.

According to the report of the Preah Sihanouk Provincial Police on June 3, 2020, the date of March 10, 2020 21 and 47 minutes at Jia Hong's Point Shop in Village 6, Sangkat 4, Sihanoukville – 6 suspects entered. Fraudulent as shoppers took advantage of the opportunity, the suspects shot the victim's eyes and tortured them. The robbery took some money and materials and escaped. Through intensive research, the strength of the Police Criminal Police Bureau has been able to identify the suspects. By May 29, 2020 at 23:00, we arrested 4 suspects (one Cambodian and one Chinese) 3) While driving a silver Toyota TOYOTO PRIUS (using clay to seal the car) at the O-3 spot Village 5, Sangkat 4, City – Preah Sihanouk Province.

The victim, identified as Zheng WenJin, a 30-year-old male, occupies a residence in Village 6, Sangkat 4, Sihanoukville.

According to the answer, two suspects 1. Intellectual name and ZENG WEI XING admitted that they had actually engaged in robbery On March 10, 2020 at 21:47 pm, Jia Hong Shop located in Village 5, Sangkat 4, Sihanoukville – Sihanoukville. The other four Chinese, of course. Currently, four Chinese factions are actively searching for arrest and prosecution.

The four suspects further admitted that on May 29, 2020 at 23:00, they used a car. TOYOTO PRIUS Silver (used with land to close the license plate) for the purpose of arresting a Chinese woman, Niu Niu, a massage therapist named Jing Hao around the corner of the court in Village 3, Sangkat 4, Sihanouk Ville for extortion but was arrested.

For the suspects and exhibits, the Provincial Criminal Police Bureau of the Preah Sihanouk Provincial Police Office has sent a case to the provincial court for a legal sentence. 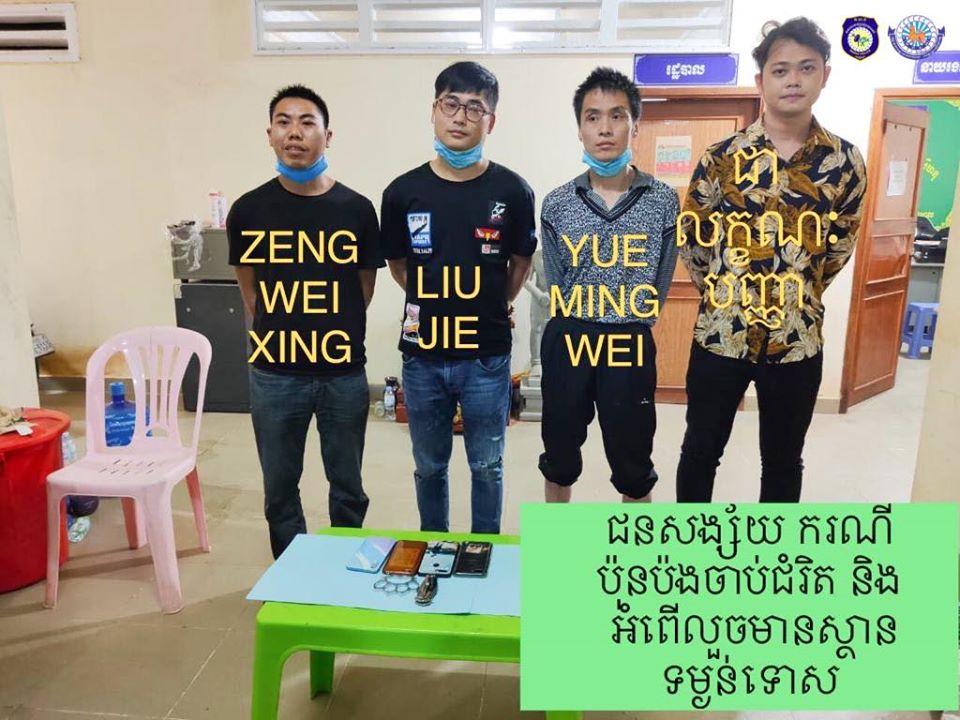 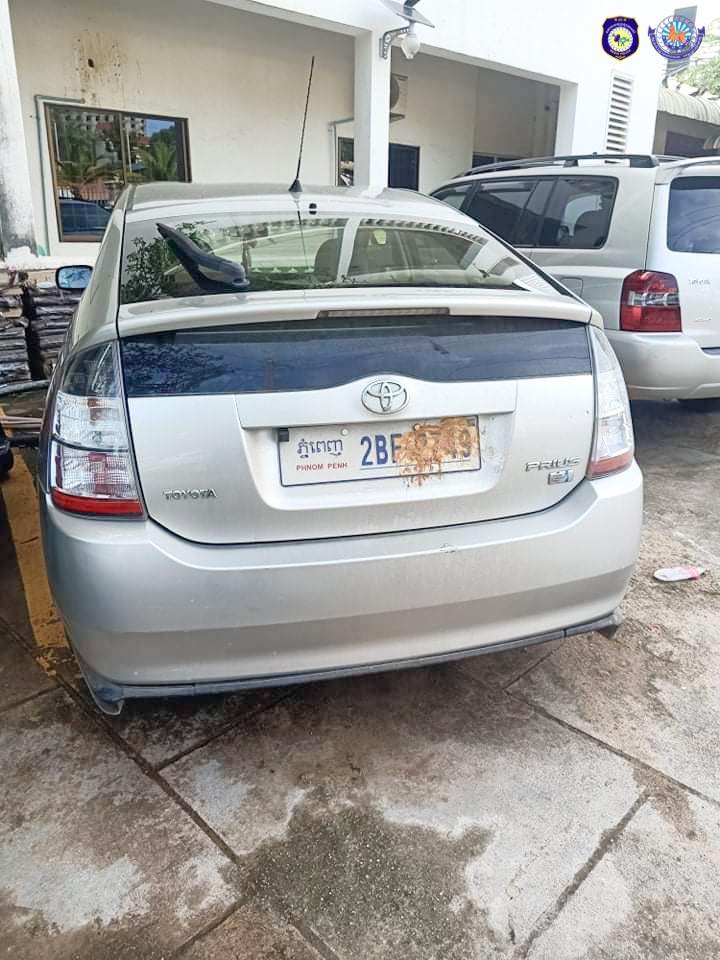