Suspect arrested over fraud, selling land and securing $ 60,000 from depositors 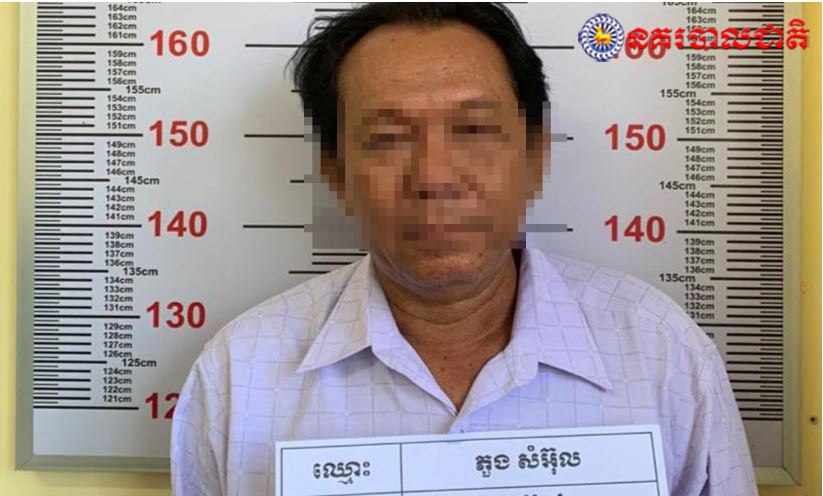 Suspect arrested over fraud, selling land and securing $ 60,000 from depositors


Kandal Provincial Police have arrested a suspect The scam sells land, air and deposits from buyers over $ 600,000. The suspect confessed to police that he actually received a $ 600,000 deposit from the victim but did not have land to sell. Give the victim as promised a deposit.

Police of the Kandal Provincial Criminal Office under the direction of Brigadier General Chhoeun Socheat Kandal Provincial Police and Lt. Col. Meng Thy, a mild-mannered chief of police, arrest a suspected man for selling over 200 acres of land and Make a deposit from the buyer 60000 thousand dollars.
The arrest took place on 14th and 10 minutes on March 25, 2020 at Prek Thmey village, Prek Dach commune, Leuk Dek district, Kandal province.

On October 26, 2018, the suspect, Phuong Sam Oul, came in contact with the victims to sell dry land. One of its locations, located at Ou Peamrong point, Ta Hing village, Prek Daek commune, Leuk Dek district, Kandal province, for 20000 hectares for $ 4,000 One hectare of the victim agreed to buy it and make a documentary The contract for the purchase of the land and the deposit of the deposit have been made by two witnesses, agreeing to set the date of deposit. Booking: – On the 1st of October 26, 2018, the victim made a deposit of $ 25,000 in cash to the suspect, Phuong Sam Oul, The second time, November 9, 2018, the victim made a deposit to the suspect Bouquet ultrasound and $ 35,000 in subsequent sessions totaling more than US $ 60,000 thousand. It was then that the suspect, Phuong Sam Oul, fled, causing the victims to decide to inspect the land. In that area, the result was that Phuong Sam Oul did not have the land above which it was sold to the victim. The land is owned by another owner. On March 25, 2020, the victim filed a complaint to the Ministries of Criminal Investigation.

In front of the cops, the suspect admitted that he had actually received a $ 60,000,000 deposit from Nong Tao's actual name on the 26th. October 2018, but it does not have land to sell to victims as promised for a deposit.

In this case, the Intermediate Criminal Office has established a legal proceeding