Students to demonstrate next week for release of 5 border guards 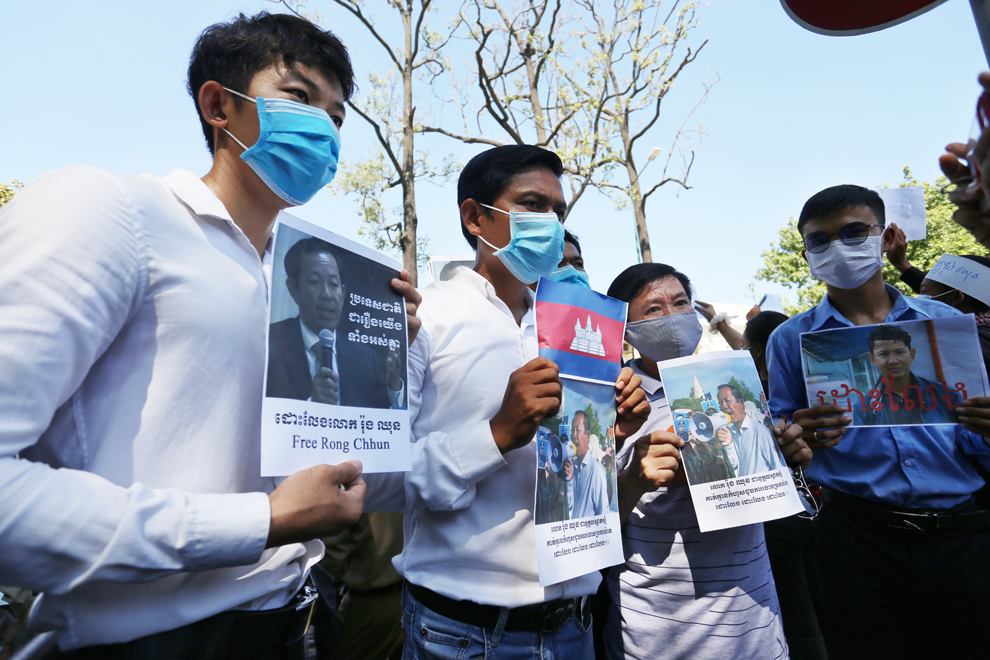 Students to demonstrate next week for release of 5 border guards


Phnom Penh: A group of students and citizens will demonstrate peacefully next week to demand social justice and the release of Rong Chhun, Suong Sophorn and Three other youths were arrested in connection with the border issue. The protest will last for nine days at Freedom Park in Russey Keo district.

Mean Prohm Mony, 35, a student at a private university in Phnom Penh, told the Post on Sunday that he and other youths were together. Demonstrate peacefully, protest for social justice and fundamental rights and demand the release of Rong Chhun and four others Authorities unjustly detained him. They are just expressing opinions from the frontier, demanding freedom from an unjust detention.

"This is the second notice of our demonstration to the city hall, which we previously planned to do," he said. For a full month. However, due to the impact of the National Day, we made it easier to work for only 9 days, from September 7 to 15. "We have decided that we do not need to make a memorandum of understanding or agreement with the city hall as before."

"We still do, despite the authorities' warnings, to seek social justice and the basic rights of the people," he said. "

Mr. Mean Prohmony added that the protest was not illegal as it was a request for proper law enforcement and performance. Opinion in accordance with the law of the Constitution.

Justice Ministry spokesman Chin Malin says peaceful protests are a civil right. However, in order to receive legal protection, the procedures and procedures stipulated in the applicable law must be followed.

Soeung Senkaruna, spokesman for the Human Rights Defenders Association (Adhoc), said that people's protests are a right in a democratic society when they understand that What happens with injustice.

"We are concerned about the protests because in the past, protests have always been uneven," he said. There is a crackdown by government authorities. ”