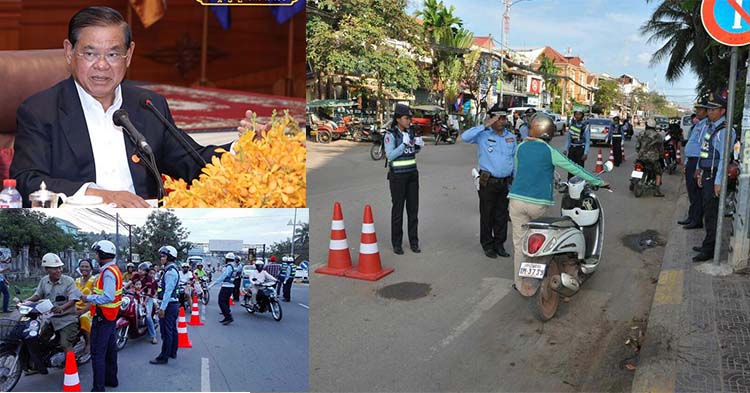 
Phnom Penh: Samdech Krom to provide regulations to leaders and police officersThe country must strictly enforce the Road Traffic Law, strictly, without understanding and in accordance with the law equally and without discrimination. Must cooperate with the search for the victims of the traffic accident, who must be prosecuted according to the law.

On the morning of Friday, March 27, 2020, the Minister of Interior HE Kral Kheng, Deputy Prime Minister and Chairman of the National Road Safety Committee invited Presiding over the dissemination of Sub-Decree No. 39 ANK dated Mar. 17, 2020 on Revision of Sub Decree 44 21st The 2017 Penal Code for Violation of the Road Traffic Law, held at the Ministry of Interior.

In the beginning, His Excellency Brigadier General Neth Savoeun, Commander-in-Chief of the National Police, said that the traffic police force has been working hard in the area. Facilitating traffic and reducing traffic accidents. But in 2019, traffic accidents are still much worse than 2018. However, the traffic police force also worked tirelessly, and inactivity and shortages were gradually reduced.

HE Gen Tea Banh expressed his full support for the amendment of the Sub-decree to tighten the penalties for perpetrators of crimes against humanity. Land Traffic Law, Measure and Labor Direction, Subsequent to Samdech Kram Kheng, Prime Minister to Strengthen the Traffic Law Safety. He also called on HE Governor and Madam to encourage effective implementation of law enforcement and provide high motivation for their efforts. Traffic police officer.

After the ceremony, the Sub-decree No. 39 ANK dated 17 March 2020 on the Amendment of the Sub-Decree no. 44 Anniversary of March 21, 2017, on the Penalty Penalty for Violation of the Road Traffic Laws Samdech Krom Kheng, Deputy Prime Minister Interior និង Chairman of the Committee for Road Safety invited to address the ceremony, with the start of the prince's attention. Along with worrying about the disease 19, we also cannot overlook the catastrophe of a car accident.

The prince said that because of the peace and development of all sectors, more and more people used all kinds of vehicles Each year, the Royal Government also makes an effort to develop road infrastructure and to educate people about law enforcement Traffic accidents, however, are still complicated, especially as traffic accidents continue to increase year-on-year, causing injuries to people. Death and damage to property, both state and private.

In fact, compared to 2018, the number of traffic accidents increased by 854, 26% in comparison with 2018. Of those killed, 220 accounted for 12 percent of the total and 1377 injured 29 percent. Therefore, in response to this growth, the National Road Safety Committee has decided to impose enforcement restrictions from 2020. Based on the study of law-abiding behavior and foreign experience, the Royal Government has also amended the Sub-decree on penalties by raising money. Penalties 3 to 5 times for promoting respect and performance.

Kratom called on the people to be understanding of the strict rules and to avoid facing the law, ask the people to obey the law. The relevant ministries, authorities, competent forces at all levels, national and international organizations and the media must continue to support Broadly disseminate the law and penalties for traffic offenses in violation of the Road Traffic Law.

He also ordered the leaders and police officers throughout the country to strictly enforce the Road Traffic Law without any misunderstanding and to implement them. Properly, legally, transparently, equitably and non-discriminately He is absolutely punishable by law. Samdech also ordered all traffic police leaders to plan their activities and to monitor, monitor and support law enforcement of traffic police officers. Ensure accuracy.

The accuracy with which the prince refers to the continued adherence to the code of conduct for all subordinates to be virtuous and lawful officers; Have a professional conscience. In addition, leaders must be rewarded according to state standards and praised by the organization and officials and must be disciplined. For inactive officials or officials who violate the Code of Conduct.

After promulgating the sub-decree, Deputy Prime Minister Sar Kheng advised to begin training for traffic police officers to be adjusted accordingly. In the context of the disease, Ivory must promote education in all forms, including songwriting to the public about the seriousness of the disease. Fined if they violate the law on road traffic. He is hopeful that after the implementation of this new sub-decree, the implementation of the Road Traffic Law will have better results.

On the occasion, Deputy Prime Minister Krasith Kheng also spoke about the spread of the disease worldwide 19, which he stressed. The rate of infection has so far surpassed 500,000, and the United States has become the world's most infected country. The most. In connection with the declaration of emergency, the prince spoke of the possibility that each country could place heavy and light weight, and for Cambodia it is Still under consideration.

Kratom also directed the General Secretariat of the National Assembly to assess the situation and put forward measures to prevent the possibility of gangs. Or the offenders cause social outbursts if the conditions of the epidemic 19 have developed in any situation. Regarding the Thai government, which put the country in a state of emergency and had Khmer nationals back in the country, Samkran Kheng made the remarks. And advised on this.

"Are they all healthy?" He said. In this regard, the prince emphasized that keeping track of their presence and their health status is of utmost importance, according to Vietnam. One Vietnamese resident returned from Wuhan, China, copying five people The birthplace of the village has been done by the Vietnamese authorities Close village for monitoring and monitoring.

He said that the provincial authorities on the Thai-Cambodian border must continue to pay close attention to the flow of citizens' return into the country Partner with the Thai side to set specific border gates for the return of our citizens and at the same time prepare for the possibility of some citizens Turn around In going through the various corridors to identify and examine the health of their best before they go home.

For the arrival of people from Thailand, the prince advised all provincial governors to prepare a record of travel history. And the health of the people who have arrived at the base and must arrange for them to be informed about the measures in place 14 days under observation The healthiest of all, especially the risk of infection to family and relatives if they do not follow the rules of the authorities and the Ministry of Health. : Kolab 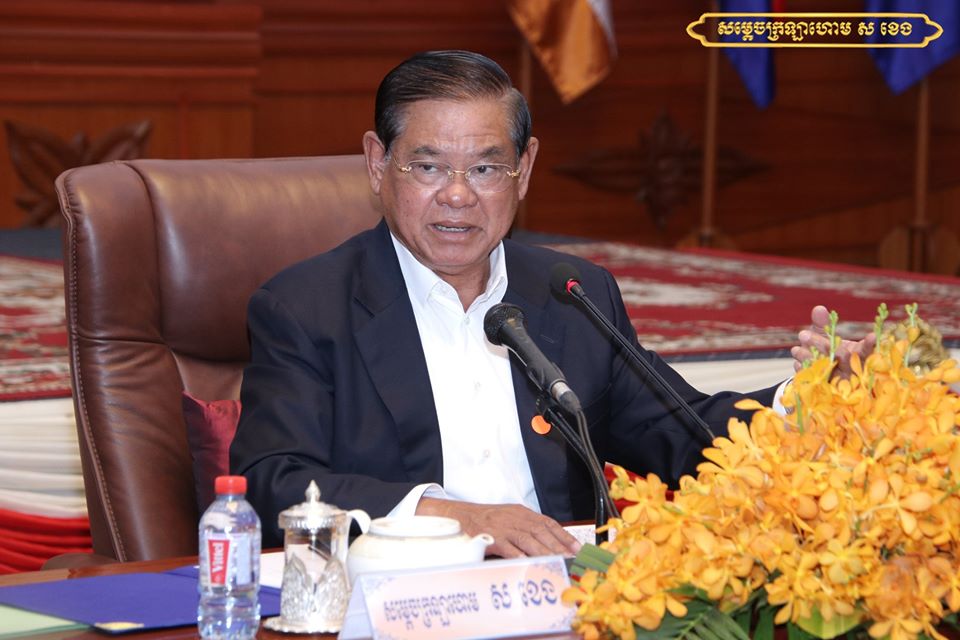 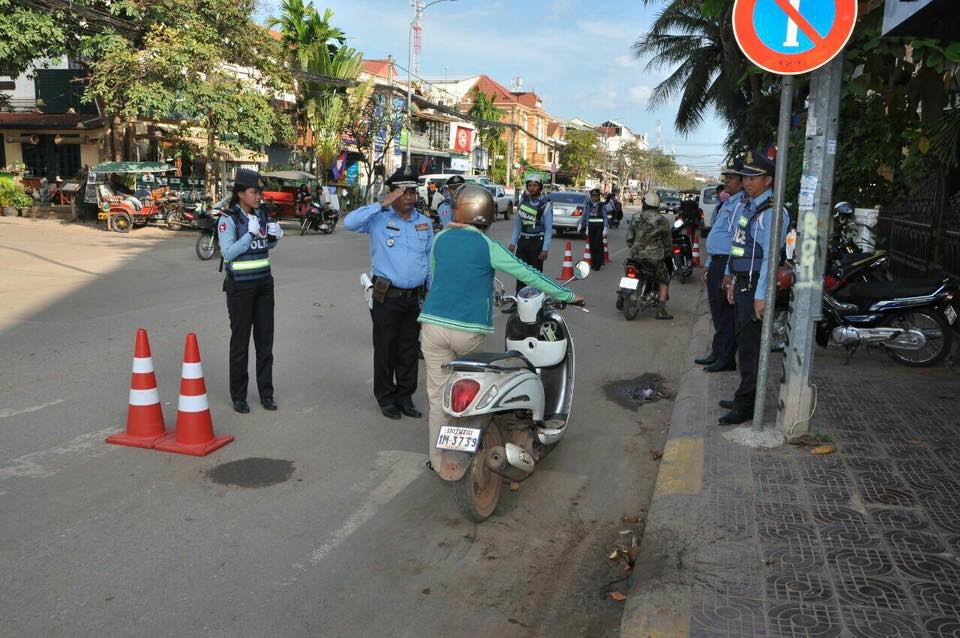 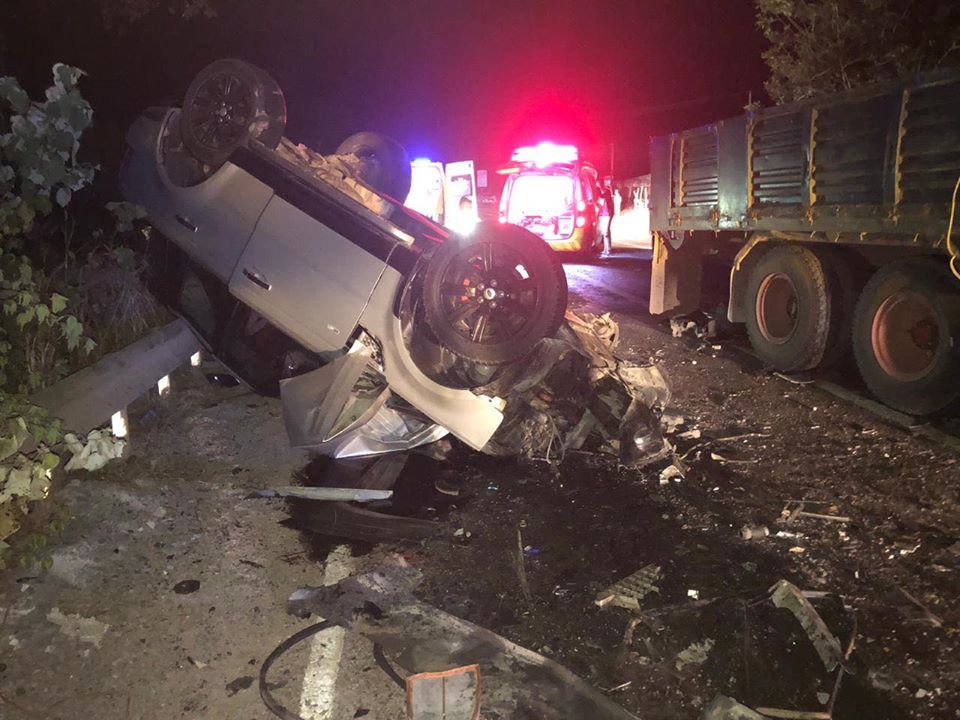 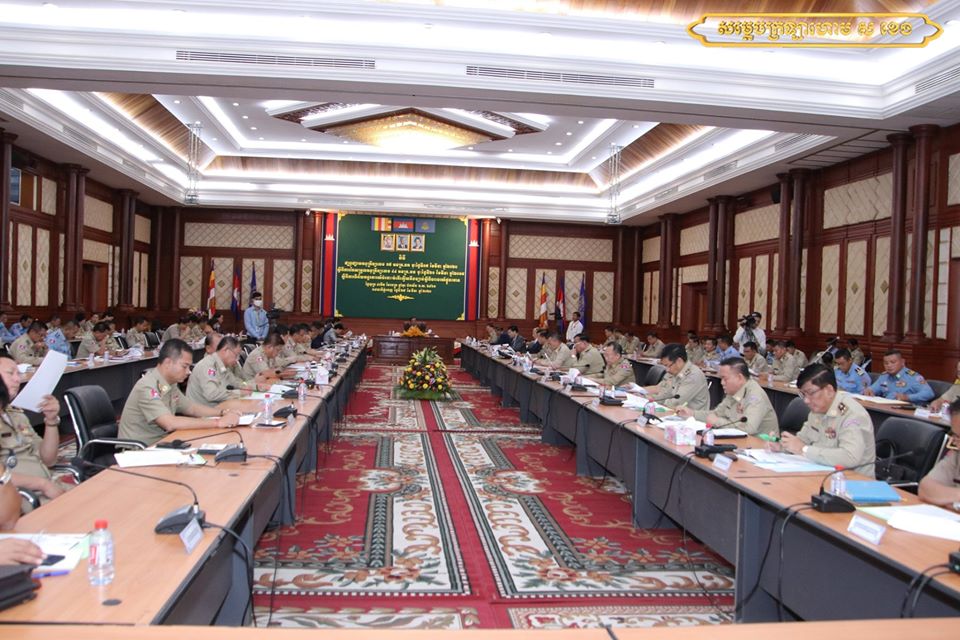 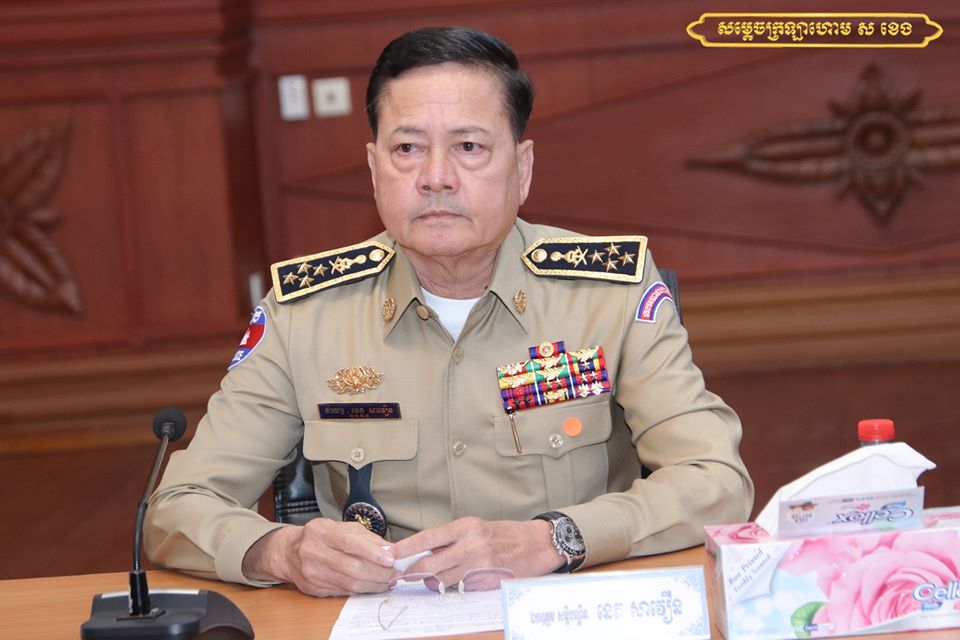 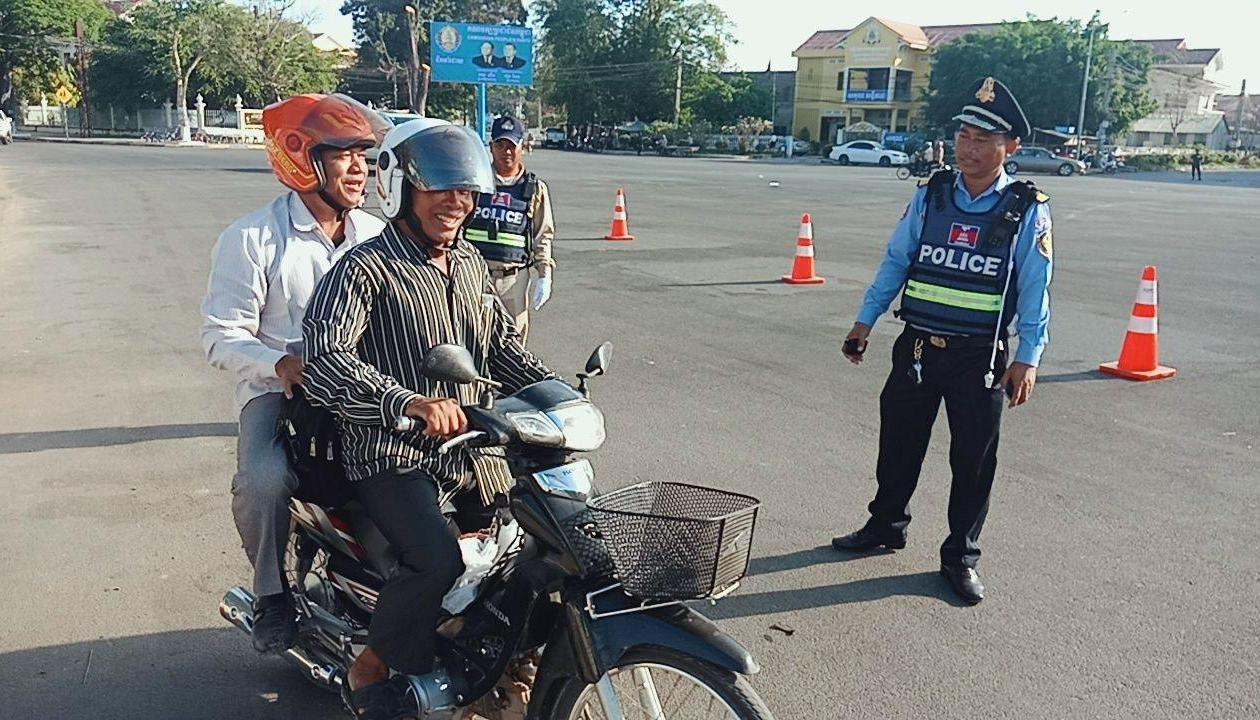 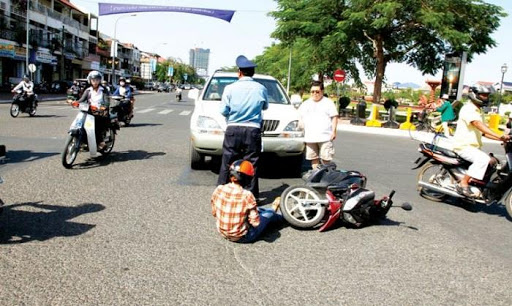 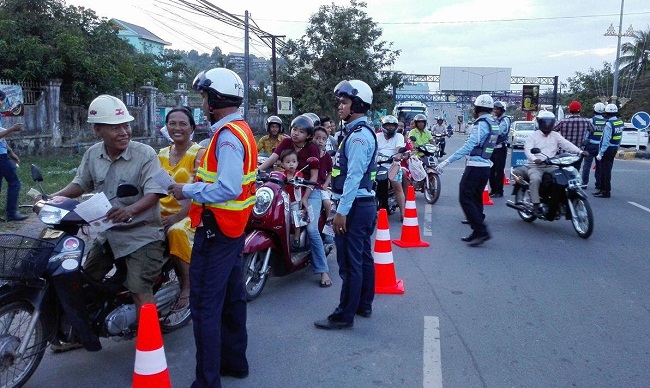