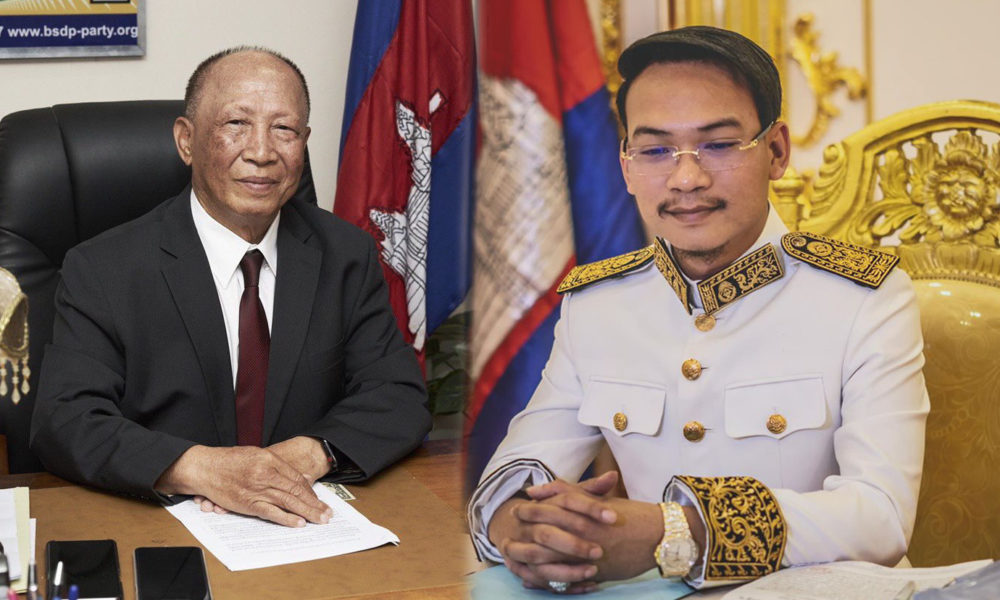 Phnom Penh: I am Mam Sonando, President of the Beehive Democratic Party and a member of the Supreme Council of the Advisory and Advisory Committee appointed by Royal Decree No. NS / RKT / 0918/932 dated 06 September 2018 posted by His Majesty King Norodom Sihamoni at the request of Samdech Akka Moha Sena Padei Techo HUN SEN, Prime Minister of the Kingdom of Cambodia.

I am amazed at the termination of the position of Sok Sovann Vathana Sabong (Chief of Party of Khmer Delegation) from members of the Supreme Advisory and Advisory Council, signed in the name and as ordered by Samdech Vibol Pheakdey Say Chhum, Acting Head of State.

The Supreme Advisory and Advisory Council is an institution that operates under the executive branch and has the mandate of the Royal Government. During the twenty months of its mission, each party delegate has performed their respective duties diligently and attentively, despite some lack of experience to the point of praise. From Samdech Akka Moha Sena Padei Techo HUN SEN several times for his achievements. However, Royal Decree No NS / RKT / 0918/932 dated 06 September 2018 is a statute of the Supreme Council for Consultation and Counseling and the new body fulfills its obligations according to the content of the The above Royal Decree is most durable, especially Article 10, which sets out the three main tasks, and here I am referring to Paragraph 3 below. Implementation: monitoring processes, laws and policies of the government, both at the national and at the sub-national and recommends improving the durability and irregularities contained in Article 15 and Article 16 of the Royal Decree.

In conclusion, the duties of the Supreme Council of Advisory and Advisory, as stated in Article 9 of the Royal Decree, are to provide direct input to the Royal Government in a constructive way to improve the working efficiency of state institutions and authorities at all levels of service. The people and society. In this regard, I have not found any other provision to limit the activities of members of the Supreme Council of Consulting and Advisory beyond the content of the above Royal Decree.

I think that in the case of the termination of the position of Sok Sovann Vathana Sabong (President of the Khmer Delegation Party Delegation) from members of the Supreme Cambodian Advisory and Advisory Council, the general public can only be heard through the audio or social media. There was no formal agreement between the parties involved. Therefore, the wisdom requires an extraordinary consultation and exchange meeting with the Prime Minister as stated in Article 7 of the Royal Decree to clarify the case to the public as well as all members of the Council of Advisory and Advisory.

My statement at this time revolves around the protection of the honor of an institution founded on the valuable wisdom of Samdech Akka Moha Sena Padei Techo HUN SEN, Prime Minister of the Kingdom of Cambodia, in the goal of multilateral cooperation and In particular, it illustrates Cambodia's political landscape and climate in peace.