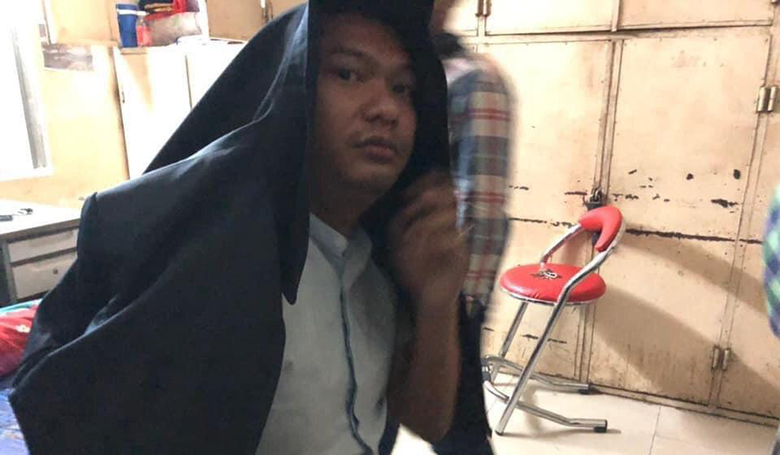 Phnom Penh: On the afternoon of August 12, 2020, the Department of Private Security Management of the General Commission of the National Police clarified the case of a dispute in a bar "Snow Palace" brand in Chamkarmon district, Phnom Penh, caused by Mr. Phkay 1 Jin Samidi, Deputy Director of the Department of Private Security Management on the night of August 11 2020.

According to the explanation, Brigadier General Jin Samidi admitted his guilt and had a verbal argument with a friend during a meal. That was true, but no firearms were used to threaten or injure the owner of the Snow Palace shop. Agreed by the conciliation option to end the case at the Chamkar Mon District Police Inspectorate already.

Separately, the Department of Private Security Management educated and instructed Brigadier General Jin Samidi by concluding a contract to stop such awkward activities in public. Recorded the confiscation of weapons and enforced the discipline of the National Police Force.


It should be reminded that a star, known as the deputy director of the department had a dispute in a bar, suddenly pulled out a gun and threatened Conflict and try to escape, surprised the police chased across the district to make arrests at 1:10 past midnight Enter on August 12, 2020 at the "Snow Palace" brand drink shop along Street 163, Sangkat Toul Tompong 1, Khan Chamkarmon, where the owner Known as Lily, she lives at house 136 in the "Snow Palace" shop.

The man who pulled out the pistol was identified as 32-year-old Jin Samidi, deputy director of the Department of Private Security Management. With the rank of Brigadier General wearing a star, the police confiscated a CF 98 rifle and a silver Lexus RX400h with 2 police license plates. -7119 One unit as well.

According to sources, before the incident, the man went to drink at the restaurant "Snow Palace", a restaurant. Will be inaugurated tonight (the day of the incident) while sitting down to drink a little, suddenly put together with his girlfriend ( Ex-girlfriend who came as a new man) who was drinking at a nearby table, which is known to be the same authority immediately They were stopped by the shop owner named Lily, so the one-star man drove away. (The ex-girlfriend of Mr. 1 star is a friend of the owner of Vimean Snow shop)

The source added that after a while, the one-star man drove his Lexus back and stopped in front. The shop already removed the pistol, threatening the people in the bar, sometimes the local police patrol Suddenly, the man tried to drive to escape at the same time.

Police handed over the radio to all districts to help stop the car until the point of National Road No. 1 near Ber International School. Sangkat Chbar Ampov 1, Khan Chbar Ampov, just stopped the car and the driver and confiscated a black CF98 handgun, then the police took the man Above to be questioned at the police inspector of Chamkar Mon district.