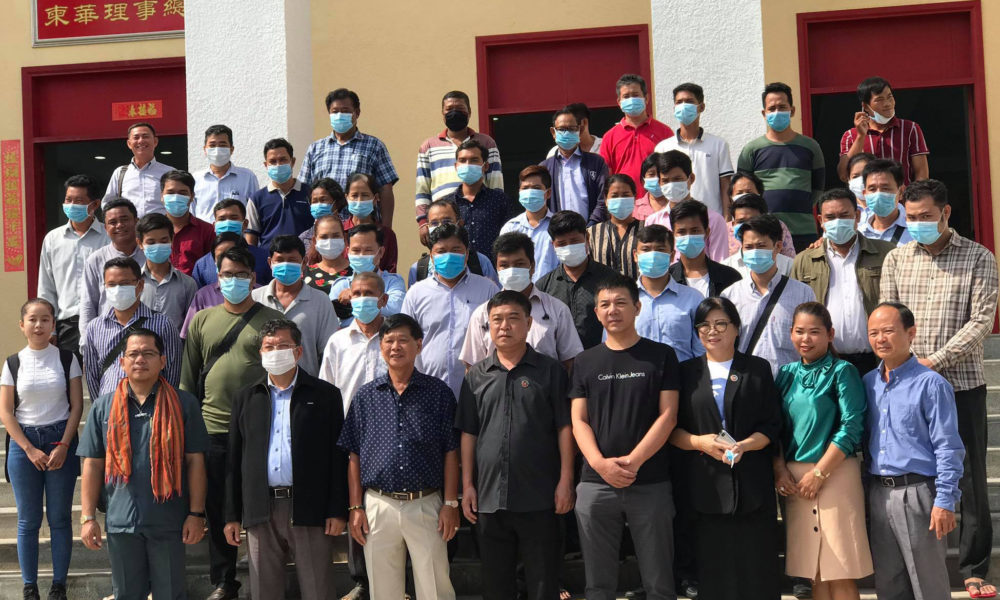 During the Copenhagen Disease Epidemic in Cambodia, the Cambodia-China Journalists Association (CCJA) also distributed a gift to an additional 50 underprivileged Cambodian journalists at the headquarters. The Center for the Construction of the Khmer-Chinese Association in Cambodia, Borey Rattanak, Sangkat Prek Leap, Chroy Chang Va, Phnom Penh, Friday, June 26, 2020.

Also, co-chair of the Cambodian side, Mr. Sarath, addressed the ceremony, greeting the media present. He added that although the gift at this time was not large, it contributed to some of the difficulties for our journalists during the challenge of the disease.

Liu Xiuqing, co-chairman of the Chinese side, also said that the current distribution was based on the resources the Cambodian-Chinese Journalists Association is asking for donations from donors who support the process.

He added that the crisis of the 19th Ivory Coast, including the Cambodian-Chinese Journalists Association, had been affected as well, but we also seek the help of all the donors in the district to try to share it with our colleagues. The same journalists on this difficult occasion. We hope that in the near future, we will overcome the difficulties caused by the disease.

We have been working for two years, and the protection of journalists is our mission, and last year we helped 50 journalists get free medical care. In addition to distributing gifts to journalists, we will also work with other hospitals to provide free medical examinations. He also reminded the journalists to take care of health care and participate in the prevention of the spread of the disease 19 with the Ministry of Health.

Also, Soy Sopheap, a representative of SSC's Board of Directors, said that the association would continue to seek funding to distribute more to the media.

The Press Release of the Press Conference was held twice on Thursday and Friday, 25.26 June, with a total of 100 journalists.

CCHR also thanked the generous donors for their generous support.