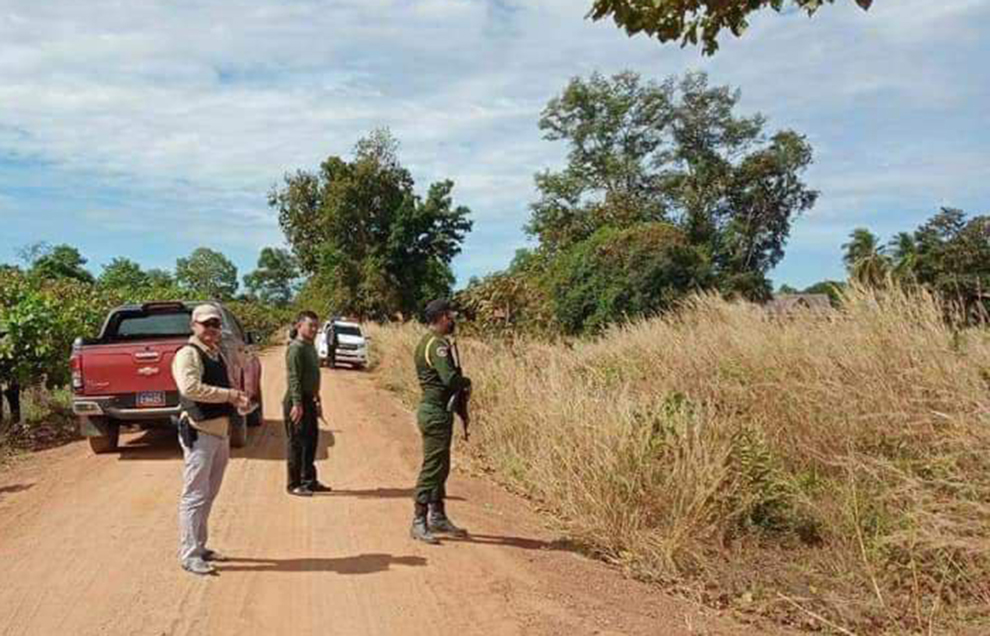 
Phnom Penh: The Special Forces Command (formerly the 911 Paratroopers Special Brigade) has dismissed reports that soldiers in its command were the shooters. Killed a Phnom Penh police officer in a traffic accident dispute in Por Sen Chey district on December 29 last year.

The denial came after online media and Facebook users revealed the identity of the suspect, 38-year-old Raren Phan, a soldier of the Special Forces Command. Has the rank of brigadier general and is on the run in Mondulkiri province in connection with the murder.

The letter read: "We strongly reject any of the Facebook posts that are constantly being shared and fabricated. False information that the perpetrator is a soldier of the Special Forces Command and has the rank of Brigadier General, thus damaging the reputation of our unit. Therefore, the owners of those Facebook accounts should correct that information again and wait for the competent authorities to arrest the perpetrators and punish them according to the law.

The letter added: "If any Facebook owner continues to spread false information without a specific source, it will damage the reputation of the organization. Our Special Forces Command would like to file a complaint to the competent Ministry, especially the Information Technology Authority, to find the owner of the Facebook account and punish him. In front of the law in force.

Chap Pheakdey, Special Forces Commander, said yesterday that he had no further comment as officials had issued a statement on the exaggeration. And different from all these facts already.

"We have already answered, the story is as in the content of the letter," he said.

Mondulkiri provincial police chief Lor Sokha said yesterday that he was leading a police force to arrest suspects who had fled into hiding. In the forest of Koh Nhek district, Mondulkiri province.

He said: "Now (January 6) I am in the deep forest to lead many of our police forces surrounded and arrested. A killer. So there is no result, we are chasing in the forest.

According to the same Facebook page, in early 2003, An Naren and his accomplices shot and killed Om Rathsadi, an adviser to the Prince of Preah Vihear, and robbed a mobile phone. Near Kab Ko Market, Sangkat Tonle Bassac, Khan Chamkarmon. Authorities later arrested Anaren and his accomplices and sentenced them to prison, and in 2018 the suspects were released from prison.

Related to this case, on January 4 this year, the police arrested a man named Ke Chanmean, 24 years old, a Cambodian who The driver of a Luxus RX300 car carrying the assailant to Anaren while the shooting death of a police officer named Reth Sineth alias Nhok, who was suspected of starting from a traffic accident and conflict A few words.