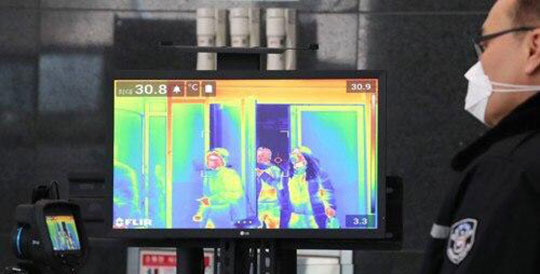 The National Assembly concluded its plenary session and temporarily closed its main building, possibly for the first time after it was discovered that a person infected with the virus had attended a parliamentary forum last week.

The court authorities have called for an unprecedented delay of emergency trials, in which government ministries have canceled and reduced the number of meetings, visits and press events and tightened access procedures at state offices.
By Chhouk Bora