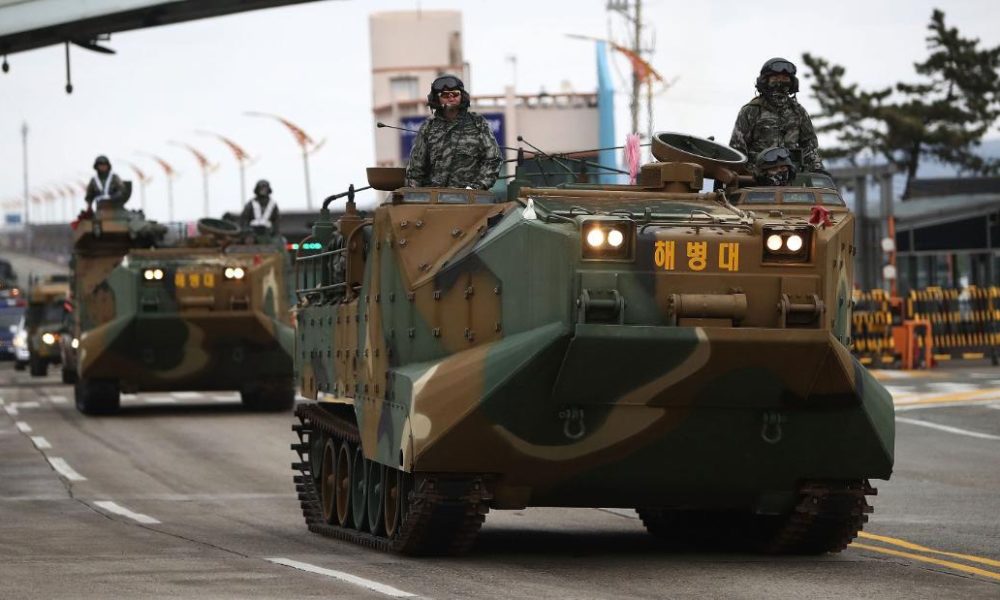 SEOUL – South Korea's military plans to hold a joint maritime drill next week as part of its ongoing efforts to improve its skills, officials said. Its forces.

The exercise, which was originally planned last month, was discontinued due to adverse weather conditions, will involve the army, navy and air force. The live-fire exercise will be held on June 11 at a beach in Wuhan, 330 km southeast of Seoul, on the east coast.

The military said that despite the delay, the size of the training exercise would remain the same as the army's rocket launcher fired at sea targets and attack helicopters were involved in efforts to destroy the enemy. ៕
By Chhouk Bora