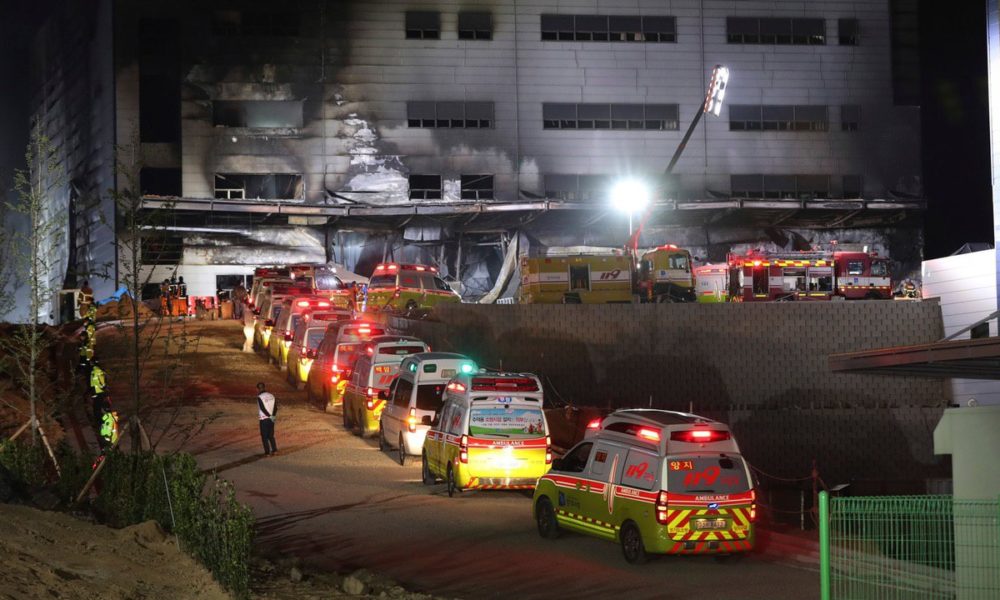 SEOUL, July 10 (Xinhua) – Three people were killed and 27 others were injured in a fire at a hospital in southwest China on Friday, local media reported. South Korea this Friday morning.

The blaze broke out at 3:42 a.m. local time on Friday, burning from the first floor of Goheung Hospital in Jeolla Province, about 470 kilometers south of Seoul. The fire burned for about 140 minutes.

Of the 86 people in the hospital, including 69 patients, seven were medical staff and 10 were family members, three died and 27 were injured.


Two of the dead were found on the second and third floors of the hospital. Nine of the injured were in critical condition due to smoke inhalation and burns.

The cause of the fire is under investigation. But it is believed that there is a problem with the electricity, no other signs have been found yet.