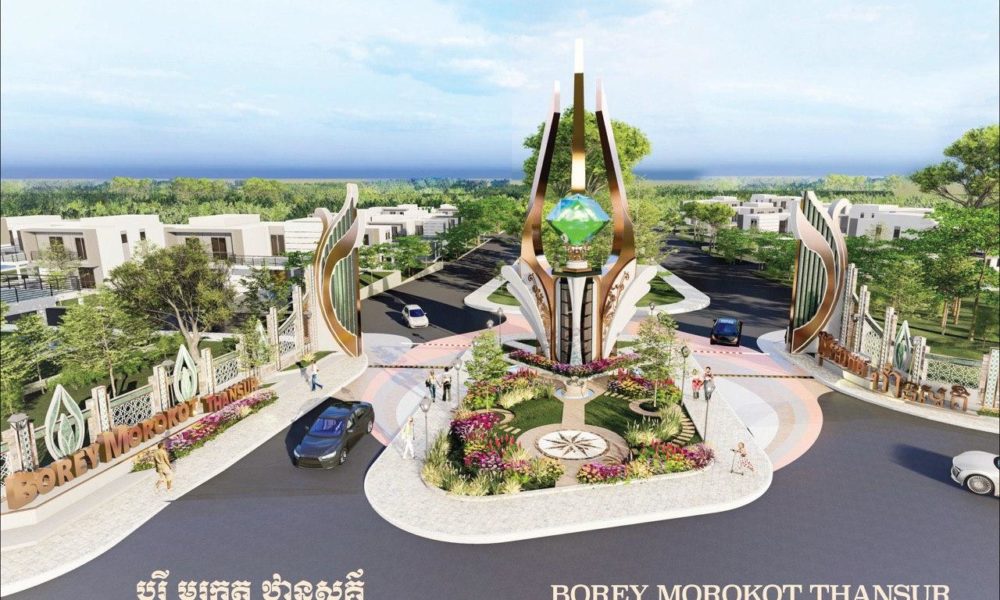 The client's arrival has come and Sokha Hotel's new "Treasure of Heaven" new project has been investing in the international hotel industry since 1997. In the meantime, the company has been planning to launch a residential development project. Over the "Bokor Mountain" on March 7, 2020.

Presided over by HE Chea Sophara, Deputy Prime Minister, Minister of Land Management, Urban Planning and Construction, and with the participation of many people in Kampot province, as well as many investors, and to get to know the project. More specifically, there are opportunities for investment.

Sokha Hotel is one of the leading hospitality companies in the Kingdom of Cambodia and is a licensed developer for development in Monivong "Bokor" National Park. Preah Monivong National Park “Bokor” is only 189 km from Phnom Penh and is located near the main infrastructure such as Kampot tourist port, Sihanoukville deep water port, railway, and provincial airport. Sihanouk, etc.

There are several highways that can be reached in the Bokor development area, such as National Road 3 and Highways being constructed and expanded, which is due to be completed soon and the road National Road # 4 and Road 41, which are important national routes to the present day, moreover travel there. The discussion guide.

It should be highlighted that the ground breaking of the third phase of the project is focused on potential development projects including finance, transport, trade, tourism and housing. In addition, we welcome foreign and domestic investors who are interested in investing in this third major project.

In addition, it is considered a sacred place for worship, prayer and meditation.

More specifically, Monivong National Park “Bokor” is a great historical site that has been discovered and developed since the 1920s and became the first hill town in Cambodia under the footprint His Majesty the King's Majesty King Norodom Sihanouk became the great heir apparent. Priceless value and are considered research and special health resort that can treat various ailments naturally.

Historical traces of history left to this day include: The Black Mosque, King Sisowath Monivong, the former Bokor Town Hall, the nearly 100-year-old hotel building, the former Casino complex, the Preah Vihear Temple. Cathedrals, Wat Sampov Five And so on.