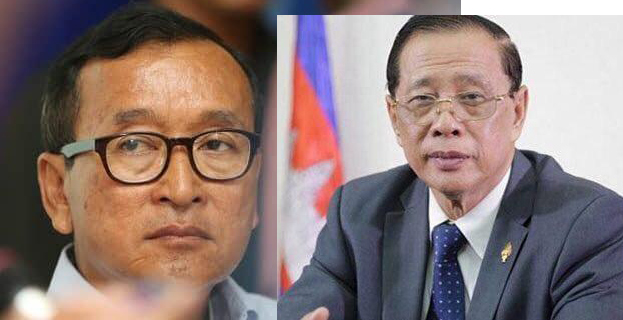 A Paris court in France has ruled that Sam Rainsy was charged with "public defamation of a person" following a lawsuit filed by Samdech Techo Hun Sen and deputy police chief Dy Vichea.

Sok Isan wrote a mocking message in a telegram on June 19, 2020: "The outlaw rebels (Sam Rainsy) are in court with the French criminal court. This is called Samdech Techo Vai's House.

In addition, the spokesperson said that the radio, which boasted a code of ethics and journalism, had been banned from reporting the detainee Sam Rainsy had been charged by the French Criminal Court for "public defamation" by Samdech Techo Hun Sen and Mr. Dithy.

It should be reminded that Samdech Techo Hun Sen and Dy Vichea have filed a lawsuit against the Sam Rainsy prisoner at the French court, where the perpetrators of the Sam Rainsy prisoners have been falsely accused of plotting to kill him. His father, Hok Lundy, said that he is now seeking revenge for his father.
By: Eng Boucheng