Six months ago the Ministry of Public Works suppressed over 280,000 overloaded vehicles 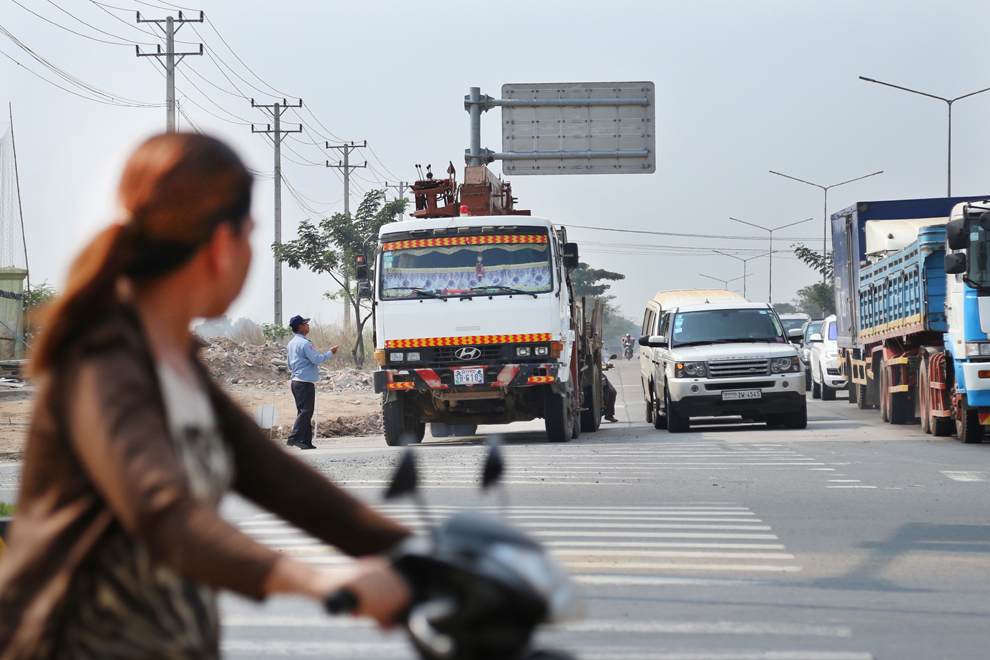 Six months ago the Ministry of Public Works suppressed over 280,000 overloaded vehicles


Phnom Penh: Expertise of the Ministry of Public Works and Transport cracked down on over 280,000 overloaded vehicles during internal inspections In the first half of 2020, the General Department of Customs and Customs warns of a public auction of 846 left and right steering vehicles. That has been cracked down for the past few years if the owners of these cars do not go to work.

Seng Chhuon, secretary of state at the Ministry of Public Works and chairman of the steering committee overseeing overloaded vehicles, said at the first quarterly meeting. By 2020, the team plans to build additional new terminal locations and upgrades at existing stations.

“We have advised station officials to improve their performance and to adhere to the code of ethics Good working and collaboration with relevant partners.

Separately, the General Department of Customs and Finance of the Ministry of Economy and Finance yesterday announced the ownership of cars and goods Fugitives come to settle and file taxes after years of law enforcement crackdown and seizure, but the owners do not Come on, settle down. If the owner does not settle, the cars and goods will be auctioned off.

According to NCDD notice dated July 08, NCDD will announce and invite the finalists to vehicle owners and Customers who have been smuggled and temporarily stored by the Customs Administration are obliged to meet their tax obligations and legal penalties and charges. The regulations are effective no later than 60 days from the date of this notice.

For the right-hand steering, the car owner has to meet two conditions, including: 1) a deposit of up to 70% of VAT and fine. Pay and take the car for steering from right to left at the garage recognized by the competent authority. 2) Within 30 days, the owner of the vehicle must bring a modified vehicle to present to Customs and Excise officials. Competence and payment of VAT and additional penalty of 30% to obtain vehicle tax receipt for use in registration of vehicles The regulations are in force.

The notice warns that in the case of the owner and the owner of the goods fails to comply with the terms and conditions mentioned above And in accordance with the provisions of Articles 54 and 55 of the Customs Law, such vehicles and goods shall be treated as unclaimed goods. The CE will be auctioned off in a public way according to the procedure in force to collect revenue.

An official of the UN Office, speaking on condition of anonymity, said yesterday that a variety of goods seized by the competent authorities had been seized. It can be described by a series of confiscations that some goods had been suppressed for the past three or four years, but not yet owned. It has no legal remedy.

In addition to the goods, authorities seized 846 left and right steering vehicles, he said. “The goods we caught were local, not foreign, because they were goods Importing from abroad through international gateways is the duty to pay. ”