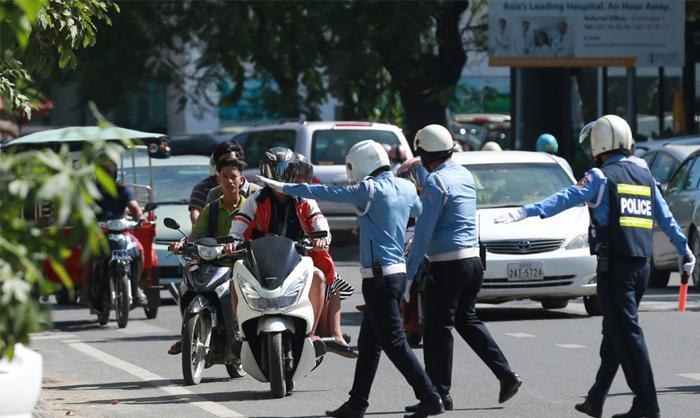 Phnom Penh: Six days from June 1 to 6, 2020, the Traffic Law Enforcement uncovered a total of 7,235 illegal vehicles and vehicles including 5,568 motorcycles.

According to a report from the Department of Traffic, Public Traffic and Public Order, on June 6, a total of 1,110 violations of traffic law were found, including 839 motorcycles being fined by sub-decree. # 39 nationwide.

"In the six-day period, from June 1 to June 6, a total of 7,235 motor vehicle violations were detected, including 5,568 motorcycles," the report states. Fine under sub-decree 39 nationwide. ”

According to the source, the six-day period saw the implementation of the new sub-decree on fine-tuning of fine-tuned vehicles, with particular support given to all road users.
By: Eng Boucheng