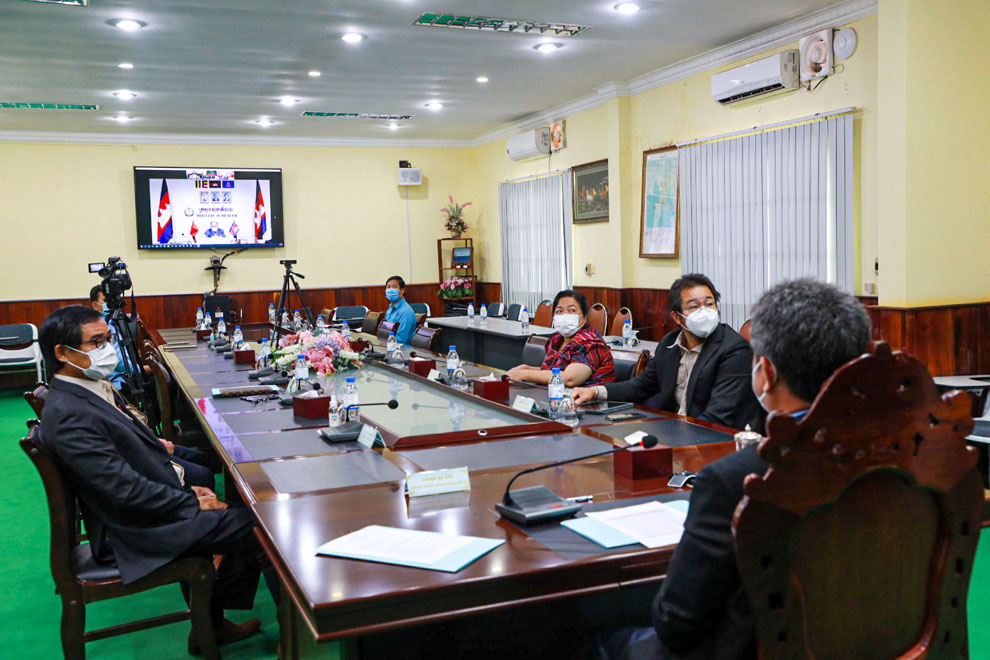 
Preah Sihanouk Province: Sihanoukville Provincial Administration yesterday received medical aid from the Chinese government to provide laboratory equipment for testing for Kovid 19 virus. To the Cambodian government for a total of about 10 million US dollars.

The handover ceremony of the laboratory equipment for testing for Kovid 19 virus was videotaped by Minister Mam Bunheng Ministry of Health, together with Mr. Wang Vinthean, Chinese Ambassador to Cambodia and Mr. Kouch Chamroeun, Governor of Sihanoukville.

Mr. Mam Bunheng said that the installation of medical equipment at Sihanoukville Provincial Hospital now is an important contribution that does not Not only will it speed up the testing of 19 Kovid virus samples for Sihanoukville, but it will also be able to screen samples in surrounding provinces to Contribute to preventing the spread of Kovid 19 quickly.

"Under the wise and wise leadership of Samdech Techo Hun Sen, the Cambodian-Chinese friendship has reached a new level," he said. As a comprehensive strategic partner, especially a lot of grants have been provided to the Ministry of Health to contribute to the strengthening and expansion of Cambodia's health sector.

At the same time, the Minister also thanked the Chinese government and people for providing assistance to the Royal Government and the people of Cambodia. Prevent the spread of Kovid 19, which totals about $ 10 million. These include: 1- Extraction test machine 19- Extraction test machine 19- 3- Safety clothing For health officials: 4-mass N95, 5-surgical mask, 6-infrared thermometer and 7-other equipment.

The minister also said that 19 kovid virus testing machines were funded by the Chinese government and people through the Yunnan provincial government. The pre-installed also provides training on how to use and maintain and is now operational.

"I would like to express my deep gratitude and appreciation to the Government of the People's Republic of China, especially its leaders, officials, staff and people," he said. The people of Yunnan who have provided humanitarian aid in the form of medical equipment and facilities that the Sihanoukville administration is in need of now and going to The future will make it easier to reduce the transport of samples for analysis at the Institut Pasteur in Phnom Penh.

According to the Governor of Preah Sihanouk Province, the construction of the laboratory started on September 24, 2020 on a total area of ​​458.2 Cell meter with technical supervision from the Ministry of Health and completed on April 1, 2021. It costs $ 270,000.