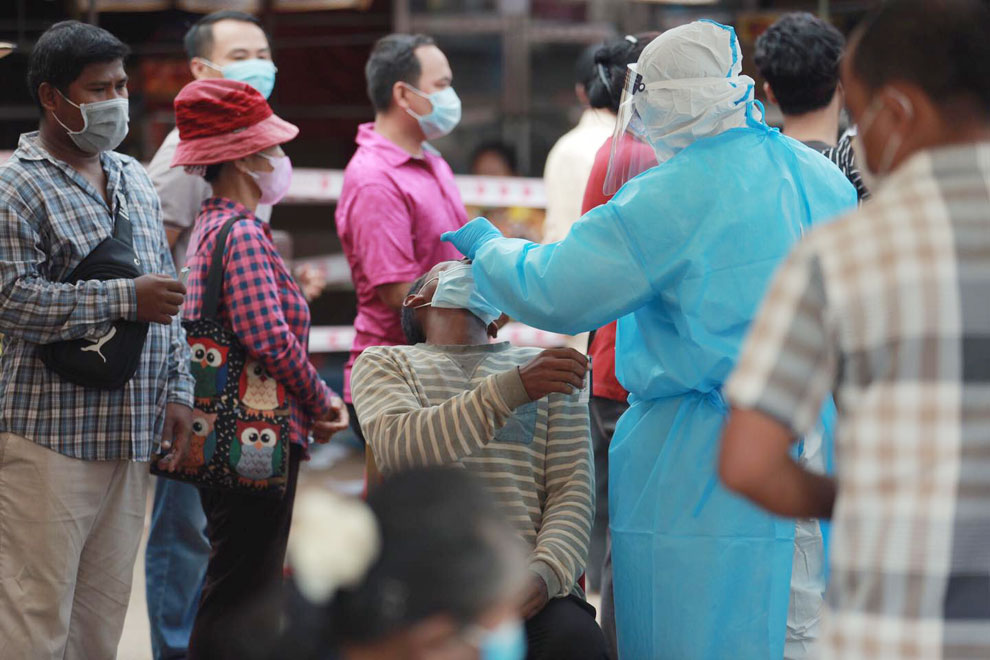 
Siem Reap / Kampong Cham: Siem Reap Provincial Administration on June 26 announced the diagnosis of 57 more cases of Kovid 19 and more people to be cured. In Kampong Cham province, 31 new cases of 19 Kovid were reported and There are 38 healers.

According to the announcement of the Siem Reap Provincial Administration, the infected people are from cases 1 to 37, which are cases from Phsar Leu Thom Thmey, Siem Reap, 38th to 44th cases related to the spread of Kovid 19 in the community of origin From Chi Kreng district, cases 45 to 50 are cases copied from Heng Heng 2 restaurant and cases 51 and 52 are from Phnom Penh.

As for the 53rd and 54th cases, it is not yet possible to conclude from a clear source, while the 55th to 56th cases are Traveled from Takeo province and the 57th case was from Oddar Meanchey province.

In addition to finding the infected, the provincial administration has also revealed that four people have been cured. Doctors were allowed to leave the provincial referral hospital and return to their homes, but were required to continue for 14 hours. Another day.

For Siem Reap so far, the provincial administration has identified a total of 808 cases of 19 cases of Kovid, 273 have been cured. 9 dead while 526 are being treated at Siem Reap Provincial Referral Hospital, Provincial Charity and Vocational Training Center and Dom Dek High School .

Separately, in Kampong Cham province, the provincial administration also revealed the discovery of 31 new Kovid cases. After the provincial health department took samples from 386 immigrants and suspects to examine and reveal the findings Up to 38 people were healed.

With the discovery of 19 Kovid cases and the recent recovery, the administrations of the two provinces have made similar appeals to the people. Citizens who are directly or indirectly involved with a positive person must hurry to perform the ritual at home in their respective families. For 14 days without being involved and in contact with others absolutely.