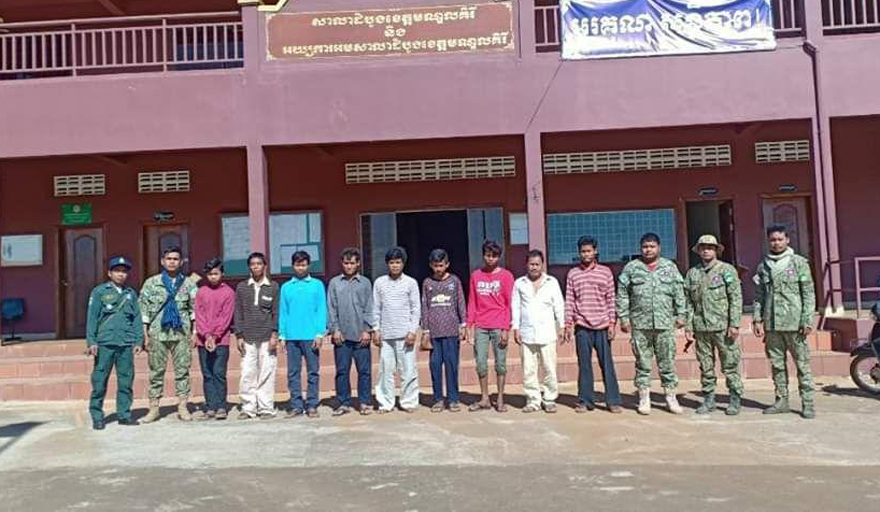 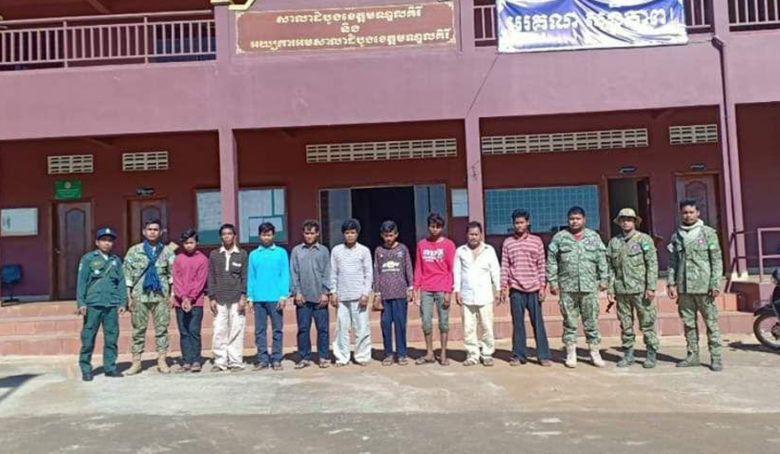 Mondolkiri Provincial Court sent 9 suspects to Mondulkiri court for action on the morning of February 8 Followed by relevant procedures in case of deforestation in ecosystem restoration as a Level 2 natural resource offense in accordance with Article 56 And Article 60 of f The Law on Protected Areas.

It should be reminded that the above nine suspects were arrested by Mondulkiri Provincial Department of Environment officials O'Chil point is located in Koy village, Ror commune, Koh Nhek district, Mondulkiri province, in the corridor of biodiversity conservation system, while the two suspects Nine people are working to cut down trees Sex, No. 1 and No. 2 timber using chainsaws arochriek for many materials and wooden rods.

At the same time, military officials seized evidence including four motorcycles, one motorbike, a shock device. 1 unit and Type 1 and 2 lotions total approximately 4 cubic meters. Currently, the evidence has been taken to the temporary office of the environment and all nine suspects have been remanded. To the Mondulkiri Court for further proceedings.