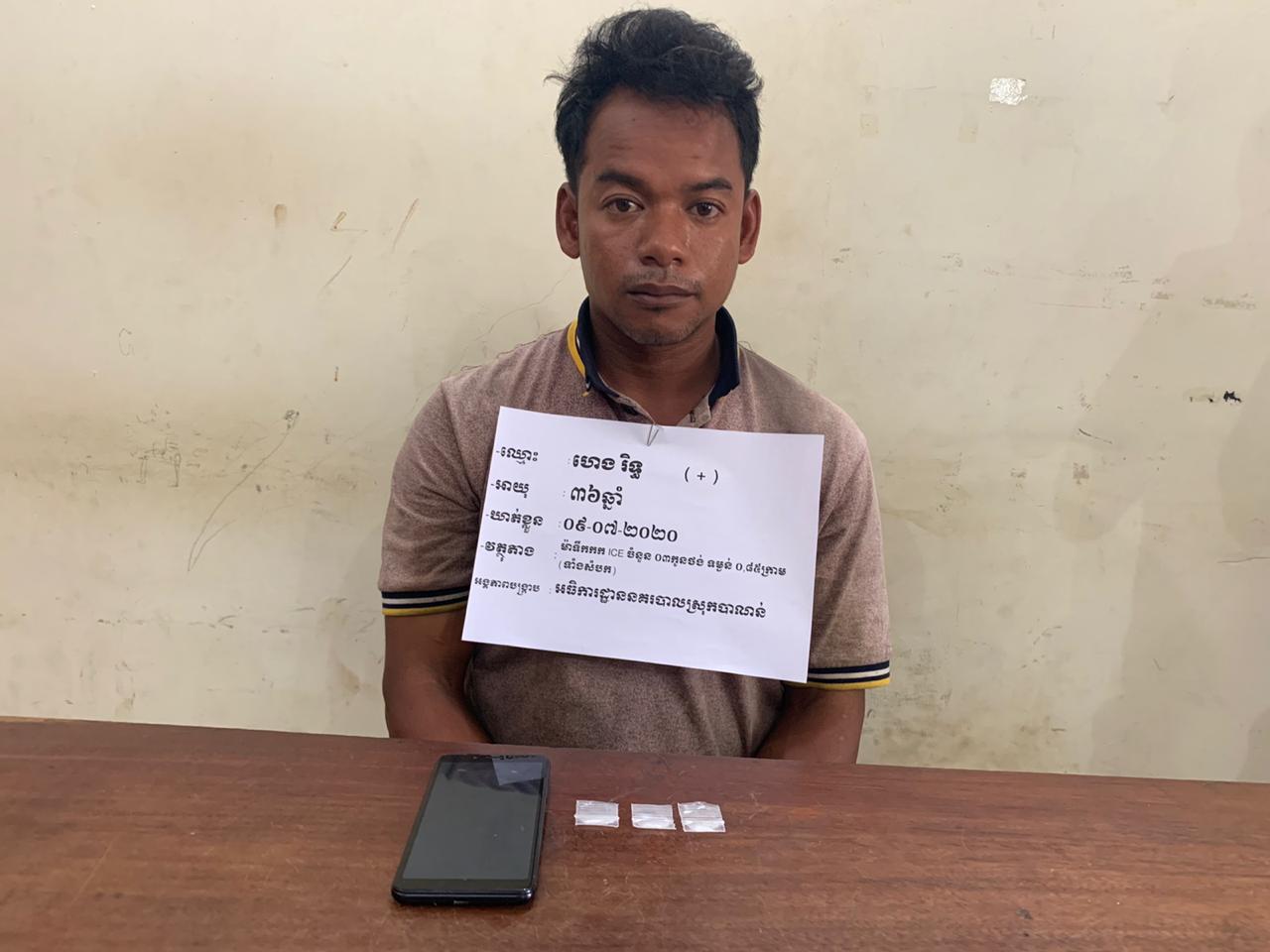 
Battambang: Police Force of Battambang Provincial Anti-Drug Office Arrested a man for trafficking and storing 3 bags of ice cream and some related materials to build a case to be sent to court for legal action on July 10, 2020

The arrest of this suspect took place at 14:40 on July 9, 2020 at Boeung Prey village, Snung commune. Banan District, Battambang Province.

Sok Nimol, director of the Battambang Provincial Anti-Drug Bureau, said that one of the suspects, Heng Rith, 29, was arrested. Year of living: Boeung Prey village, Snoeng commune, Banan district, Battambang province. During the operation, the force confiscated 3 bags of ice cream and some other materials.

Mr. Sok Nimol confirmed that the force cooperated with the district police force to crack down on this case and immediately arrested a suspect and exhibits. Obviously. The force has now built a case to send suspects and exhibits to court for legal action on July 10, 2020. By: Ung Sarom