Senators and President of the Royal Asiatic Society bring Hun Manet's generous donation to Transport No. 99 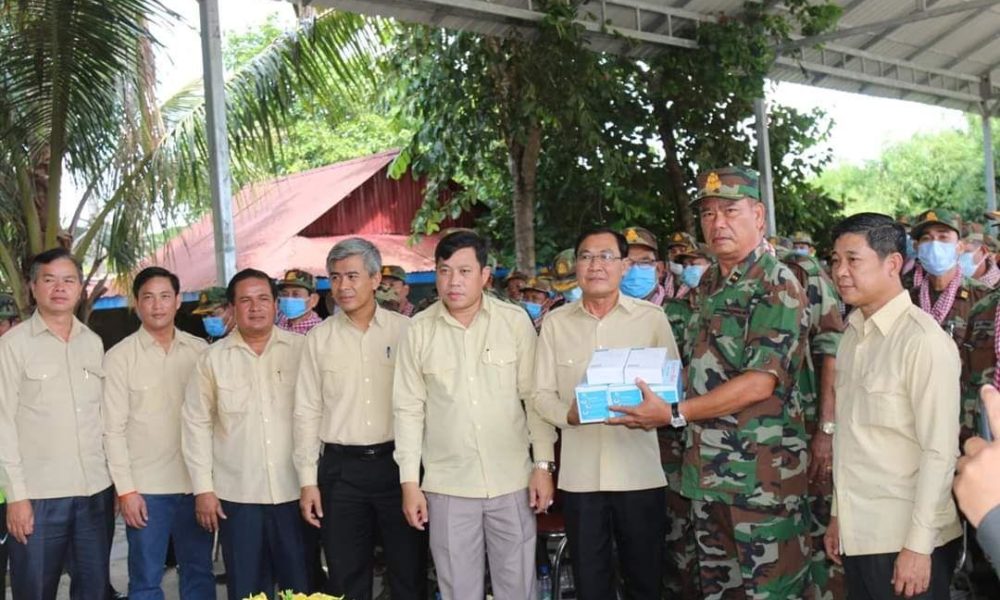 Senators and President of the Royal Asiatic Society bring Hun Manet's generous donation to Transport No. 99

Phnom Penh: Tep Yuthy, a joint senator, and Su So Saroeun, President of the Royal Kuwait Association, this morning brought the precious gift of Lieutenant General Hun Manet, Commander-in-Chief of the Royal Cambodian Armed Forces and Commander-in-Chief of the Army. 500 sportswear, 5,000 masks, 100 gels of gel, 500mm alcohol, 60mm alcohol, 500mm heaters, three heaters and a budget of $ 600, and helped to disinfect the transport brigade. 99

On that occasion, the delegation and Lieutenant General Hul Samrul Hul Sam Onn, Commander of the 99th Brigade Combat Brigade and Deputy Commissariat, also planted a rosewood in front of the memorial.

Sum Saroeun said Gen. Hun Manet's lavish gift to the 99th Brigade is now an encouragement to all officers, deputy officers and soldiers who have worked hard to fulfill it. Duties to the Nation and People Past and always, General Hun Manit always thought of the welfare of his army.

On behalf of the deputy commanders, officers, deputy officers and all the soldiers in the 99th transport brigade, Gen. Hul Sam Onn thanked General Hun Manet for always paying attention to the 99th Infantry and always provided Giving some humanitarian and material gifts to the Army through the Royal Kuwaiti Association, which shows their dedication to the army as well as the encouragement of the army.